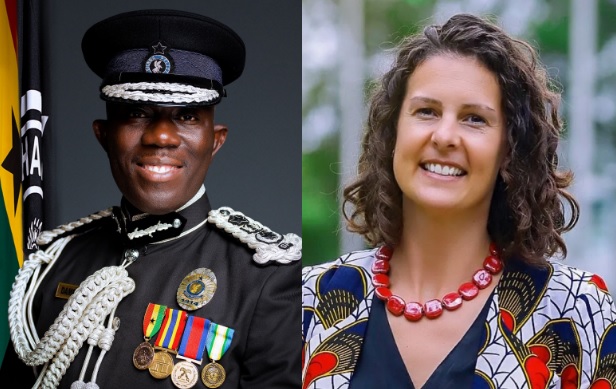 The Ministry of Foreign Affairs and Regional Integration has intervened in the public diplomatic disagreements between British High Commissioner, Harriet Thompson, and the Inspector General of Police (IGP), Dr George Akuffo Dampare.

The IGP had disagreed with the British High Commissioner's comment on the arrest of the convenor of the #FixTheCountry Movement, Oliver Barker-Vormawor for a motoring offence.

The IGP in a four page letter had argued that the comment by the Diplomat was in contravention with the Vienna Convention on International Diplomacy by commenting a Ghanaian internal affair.

In a statement issued Tuesday [June 1, 2022], the Ministry of Foreign Affairs and Regional Integration said it had noted with "concern the intense public debate that has been generated by the communication between the Inspector-General of Police (IGP) and the British High Commissioner in Accra."

"In line with the general diplomatic practice of communicating with diplomatic Missions, preferably through direct engagement, the Ministry wishes to remain  circumspect on its pronouncements on the matter."

"We have therefore initiated contact with both the British High Commissioner and Inspector-General of Police (IGP) to resolve the issue at stake."

"The Ministry wishes to underline its commitment to the strong historical bonds between Ghana and the United Kingdom, which through the years, have been deepened by, among others, the exchange of high-level visits on both sides as well as increased cooperation on trade, investments, and security."

"We take this opportunity to reaffirm the bonds of friendship and cooperation between our two countries," the statement added. 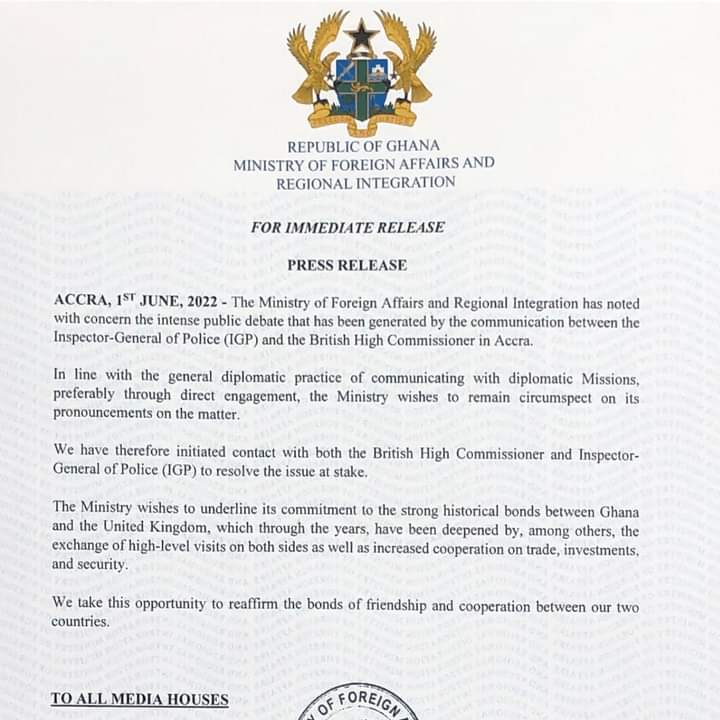