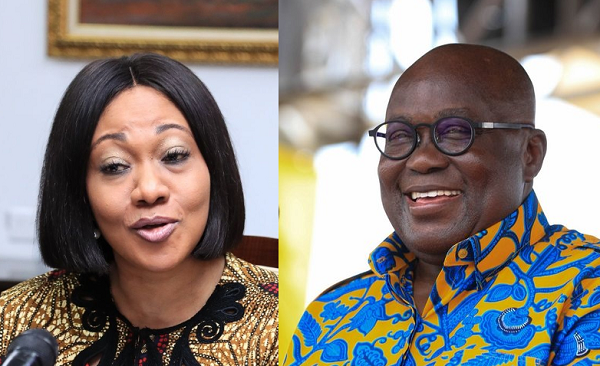 The Electoral Commission (EC) and President Nana Addo Dankwa Akufo-Addo have filed their witness statements in the election petition filed by the presidential candidate of the National Democratic Congress (NDC) in the 2020 polls, former President John Dramani Mahama.

In the statements, the Chairperson of the EC, Mrs Jean Mensa, who testified for the commission (first respondent), insisted that the collation of the results from the constituency polling stations to the EC Head Office was in accordance with law, while Mr Peter Mac Manu, who testified for President Akufo-Addo, argued that the petition filed by the former President was without merit and based on unfounded and misconstrued assertions.

Former President Mahama has filed an election petition at the Supreme Court to challenge the EC’s declaration of President Akufo-Addo as President-elect in the 2020 presidential election.

The EC and President Akufo-Addo were also ordered by the apex court to file their witness statements by Friday, January, 22.

However, lawyers for Mr Mahama had, on January 21, instead filed a fresh motion asking the apex court to halt the presidential election petition hearing until the final determination of the application for review regarding 12 interrogatories he had filed and which had been dismissed by the court.

On the other hand, the EC and President Akufo-Addo have filed their respective witness statements.

Mrs Mensa, in her witness statement, testified in her capacity as the Chairperson of the EC and Returning Officer of the December 7, 2020 presidential election.

She noted that the information provided in the witness statement was from her own knowledge of events leading to the filing of the petition.

The Chairperson of the EC noted that the total valid votes cast were 13,121,111, out of which President Akufo-Addo obtained 6,730,413, while former President Mahama, who had the second highest valid votes, obtained 6,214,889.

“I say further that it was on this basis that the results of the December 7, 2020 presidential election were declared on December 9, 2020,” she said.

Mrs Mensa further said the 13,434,575 figure that she had earlier announced as the total valid votes cast was inadvertent, as she should have said the aforementioned figure was the total number of votes cast.

She again said a tabulation of all the valid votes obtained by all 12 candidates in the 2020 presidential election as she had declared added up to 13,121, 111.

According to her, the forms used in declaring the results were signed by eight agents of the candidates who were present at the time of the completion of the forms.

She noted that her inadvertence did not affect the constitutional threshold of the candidates, adding that “the inadvertence was noticed the next day and corrected through a press release, which is one of the EC’s mediums of communicating with the general public”.

“The said press release was published on the official website and social media pages of the First Respondent and its authenticity has never been denied by the EC,” she added.

For the Techiman South Constituency results, which were outstanding at the time of her declaration, Mrs Mensa said their inclusion or exclusion from the votes obtained by the candidates did not change the outcome of the results.

“This declaration was made on the basis that even if the total votes in the said constituency, being 128,018, were allocated to the candidate with the second highest votes (Mr Mahama), it would not change the more than 50 per cent of the valid votes obtained by President Akufo-Addo.

“President Akufo-Addo, under that circumstance, would have obtained 50.799 per cent of the valid votes,” she added.

“I say that the Presidential Election Results Summary Sheet from the Techiman South Constituency has vindicated the mathematics based on which the results were declared on December 9, 2020,” she said.

She further denied claims that the commission had padded votes in favour of President Akufo-Addo.

For his part, Mr Mac Manu, who said President Akufo-Addo had appointed him to testify on his behalf, noted that the petition did not disclose any attack on the validity of the election held throughout the 38,622 polling stations and 311 special voting centres.

He said former President Mahama’s allegations of wrong aggregation of votes and vote padding were empty and “collectively involve about 6,622 votes — this is a sum patently insignificant to materially affect the outcome of an election in which the 2nd respondent defeated the petitioner by well over 500,000 votes”.

Again, Mr Mac Manu said even though former President Mahama claimed that no candidate obtained more than 50 per cent of the total valid votes cast in the election, he (Mahama) did not state any factual basis for the “unfounded claim”.

“He does not state the number of valid votes or percentage thereof that he obtained in the election, or the number of votes or percentage thereof that President Akufo-Addo obtained in the election; nor does he state the total number of valid votes cast to support the allegations and request for the so-called ‘second election’, with former President Mahama and President Akufo-Addo as the candidates," he said.

The petition, he said, was largely “conjectural and born out of the petitioner's unfounded imagination”, adding that the material facts in the petition did not support the reliefs sought.

Attached to his testimony were pen drives of videos of the NDC leadership claiming to have won the election in their various press conferences.