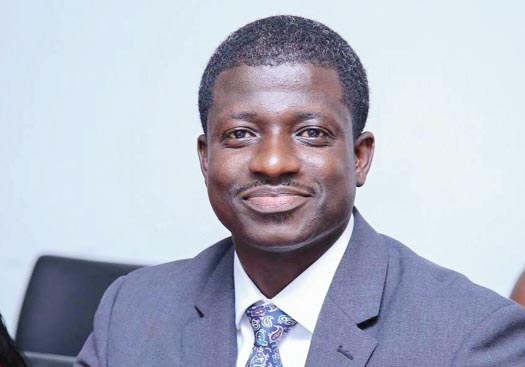 The declaration of President Nana Addo Dankwa Akufo-Addo as the winner of the 2020 presidential election has been gazetted by the Ghana Publishing Company Limited (GPCL).

That makes the declaration legally binding and recognised in law.

The gazette was done on December 10, 2020, a day after the declaration by the Returning Officer of the presidential election and Chairperson of the Electoral Commission (EC), Mrs Jean Mensa.

In the 2016 general election, the EC declared the winner of the presidential poll on December 9, submitted it for gazetting on December 12, while the actual gazetting took place on December 14, 2016.

The declaration of the 2020 presidential election, which has been gazetted, is a constitutional instrument (CI 135) signed by Mrs Mensa.

It reads: “In exercise of the power conferred on the Electoral Commission under Article 63 (9) of the 1992 Constitution, this instrument is hereby made.
Nana Addo Dankwa Akufo-Addo, the New Patriotic Party (NPP) Presidential Candidate, having, in the Presidential Election held on the 7th of December, 2020, pursuant to Article 63 (3) of the Constitution, obtained more than fifty per cent of the total number of valid votes cast, is hereby declared the President-Elect of the Republic of Ghana.”

Gazetting is the last stage in the presidential election declaration process and is in line with Regulation 44 (12) of the Public Elections Regulations, 2020, CI 127.

The Public Relations Manager of the GPCL, Mrs Juliana Danquah, told Graphic Online on Wednesday [December 16, 2020] that since the declaration was a CI, it went through the procedure for gazetting CIs, Executive Instruments (EIs) and other laws.

She said it was not like the gazetting of other documents, such as change of name, where the GPCL could edit to correct typographical errors and other inadvertent mistakes.

The text of the declaration, she explained, came from the EC, with the GPCL only charged with the responsibility of doing the typesetting and printing.

“After that is done, it is sent back to the EC for any correction or amendment. We do not touch the text; we just do the typesetting and printing,” she said.

She stated that only the presidential declaration had been gazetted, with the parliamentary declarations yet to be done.

“When the EC brings the parliamentary declarations, they will also be gazetted accordingly,” she added.

What the law states

CI 127 spells out the detailed steps involved in the counting of ballots, collation and final declaration of the presidential election results by the Chairperson of the EC, who is the returning officer for the presidential poll.

Regulation 44 (7) of CI 47 states that after ballots had been counted at the polling stations, the results shall be sent to the returning officer for the constituency for collation, after which it will be sent to the District Electoral Officer of the Commission.

Upon receipt of the collated results, the District Electoral Officer shall forward it to the Regional Collation officer (regulation 44 (8)), who in turn shall collate all the results from the constituencies and forward same to the Chairperson of the EC (regulation 44(9).

Per regulation 44(10), the Chairperson of the EC shall assemble and collate all the presidential election results from all the regional collation officers and also declare any candidate who obtains more than 50 per cent of the valid votes cast as President-elect.

The law provides that the counting of the results from the polling stations to the collation at the constituency and the regional levels and the EC headquarters shall be done in the presence of agents from the political parties.

After the declaration, regulation 44 (11) of CI 127 enjoins the Chairperson of the EC to execute a CI stating the name of the person declared as the President-elect.

Regulation 44 (120 of CI 127 stipulates that “the instrument referred in subregulation (11) shall be published in the Gazette”.