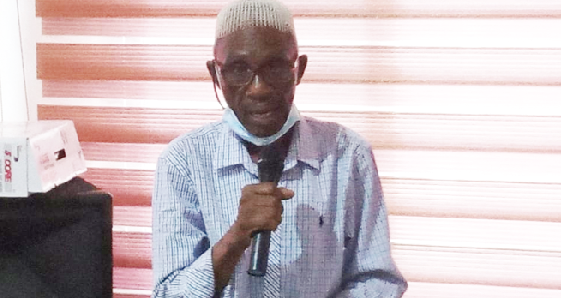 The Civil Society Organisations Platform for Good Governance (CSOPGG) has called on the Electoral Commission (EC) to ensure free, fair and transparent elections in December.

According to CSOPGG Ghana, since the beginning of the 4th Republic, the country had witnessed peaceful elections and transfer of power from one political party to another and, therefore, this year's elections should follow the same trajectory.

This was made known by the Executive Director of Ghana Developing Communities Association (GDCA), who is a member of the CSOPGG, Alhaji Osman Abdul-Rahman, in Tamale last Tuesday to mark the International Day of Democracy.

Alhaji Abdul-Rahman indicated that the democracy of Ghana should be safeguarded because it was the best form of government that could lead to sustainable development and allow maximum participation in the governance process.

According to him, political actors must learn from the mistakes and successes of the past elections and make the upcoming December elections more successful.

"As a nation, let us do everything in our power to maintain the enviable reputation we have so far established as one of the leading countries whose democratic development is a shining example for others," he said.

Alhaji Abdul-Rahman said ills such as vigilantism and electoral violence, if not checked, could have a negative impact on the country’s electoral process and put our democracy in jeopardy.

Also, he said the widespread use of social media was problematic for our political discourse and democratic dispensation.

"The increasing use of virtual space and electronic medium of communication has also heightened the threat of widespread use of fake news, insulting language, as well as dirty propaganda in election campaigns and political discourse," he said.

Alhaji Abdul-Rahman, therefore, called on the media to uphold maximum journalistic standards, values and ethics in the reportage of electoral processes and activities to avoid the threats that came from fake news.

He also called on the government to ensure that there was adequate peace and security, and to also ensure a level playground for all contesting political parties before and during the 2020 general elections.

"The security agencies, especially the National Election Security Task Force (NESTF), has a special duty to ensure that the nation goes through the 2020 elections and comes out of it in peace and tranquility for greater national unity,” he added.

For his part, the President of CSOPGG, Alhaji Mohammed Awal, said there was the need for the amendment of some clauses of Ghana's 1992 Constitution.

“We cannot have a Constitution that says that power resides in the people, while the same Constitution again takes power away from the people and gives it to a privileged few," he added.