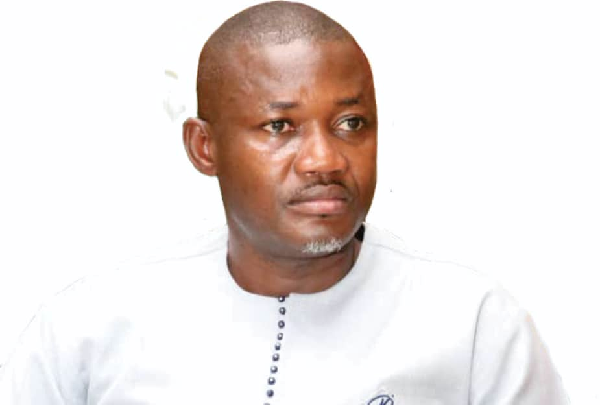 A group calling itself the concerned citizens of the Sekyere Central District has appealed to the President, Nana Addo Dankwa Akufo-Addo, not to retain the District Chief Executive (DCE) of the area, Mr Kwadwo Banahene Bediako, for another term.

The group is accusing the DCE of abysmal performance, showing gross disrespect to the people and also dictatorial in his leadership.

The group also accused the DCE of erecting “a very long fence wall along the Assembly’s land on Nsuta-Asuafu road without the approval of the assembly contrary to the Standing Orders and Local Government Act.

“The construction was undertaken by his crony. The erection of the wall was not a priority since the road served as a boundary,” they stated.

In a release signed by the leaders of the group, namely Messrs Eric Arhin, Lawrence Boakye Boaten and Isaac Sarfo Asare, all residents of Nsuta, the group alleged that the DCE was also cited by an audit report to have misappropriated some funds of the assembly for which he was queried.

According to them, the DCE is very bossy and has no respect for his staff “because he says they did not appoint him and not answerable to them.”

The release which was calling on the President and the appointing authorities, further accused the DCE of implementing projects that were not approved by the assembly.

“He undertook projects without the approval of the assembly amounting to corrupt practices and non-cooperation with his party executives in the constituency.

“In fact, he was full of arrogance and acted with impunity. He is fond of bragging that he has the powers that be in the party, particularly those in Ashanti Region in his pocket. He emphatically used to say that he was responsible only to the Ashanti Regional Minister and not any person or group of persons in the district, hence his arrogance and behaviour of impunity,” they stated.

Consequently, aggrieved members, “appeal to President Nana Addo Dankwa Akufo-Addo, not to entertain any recommendation from any quarters for re-nomination of Kwadwo Banahene Bediako to Sekyere Central District Assembly because his re-nomination would be met by a massive demonstration to embarrass the party.”

When contacted, Mr Bediako, however, denied all the allegations and added that he was not surprised that they were now raising the issue.

He said the records were there for all to see, and he believed that the so called appeal by the concerned people were the work of people who felt threatened by his track record and would want to tarnish his image.

Mr Bediako explained that because of his approach to work, some of the staff, particularly the lazy ones, did not appreciate his style “but you can find out from my former employers and colleagues if I am anything that they claim I am.”

He believed that if really there was any truth in the allegations, “the petitioners could have raised this long ago and not wait till now to start running to the press with all sorts of lies.”

“This could only be the work of people who think I am a threat to their political ambitions and would do anything to bring me down,” he said.