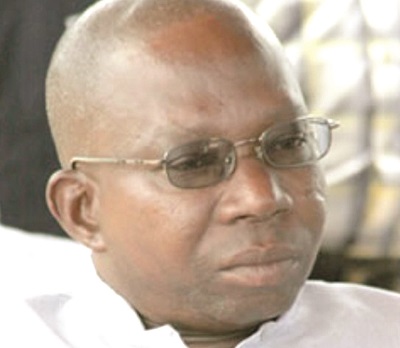 The Deputy Majority Leader in Parliament, Mr Alfred Agbesi, has challenged the 275-member parliament not to reduce parliamentary duties to a forum for just making statements.

He has, therefore, urged his fellow MPs to ensure that the House does not become a mere forum for the ventilation of grievances but to make certain that the relevant state institutions address the concerns raised by members during siting.

Mr Agbesi, who is the MP for Ashaiman, said for many years MPs had failed to ensure that the problems they raised in Parliament were dealt with.

He noted that through statements made on the floor of the House, MPs had raised concerns and drawn attention to various problems facing the nation but they had failed to ensure the solution of the problems.

Commenting on a statement made on the floor of the House on the challenges facing the newly created districts, Mr Agbesi said MPs needed to refer the statements made to the appropriate bodies and give them time to address such problems.

“This should not be a House for just making statements,” he said.

The MP for Kwabre West, Mr Kofi Frimpong (NPP), supporting the comments made by Mr Agbesi, said copies of statements made should be sent to sector ministries and ministers tasked to work on them.

“This place cannot be a talk shop,” he said.

The First Deputy Speaker, Mr Ebo Barton-Odro, who was in the Speaker’s chair at the time, said the practiced had been that when statements were made on the floor, the media highlighted them and the sector ministries took action.

Apart from that, he said, there was an avenue for Parliament to invite sector ministers to state what they had done in respect of the specific issues.