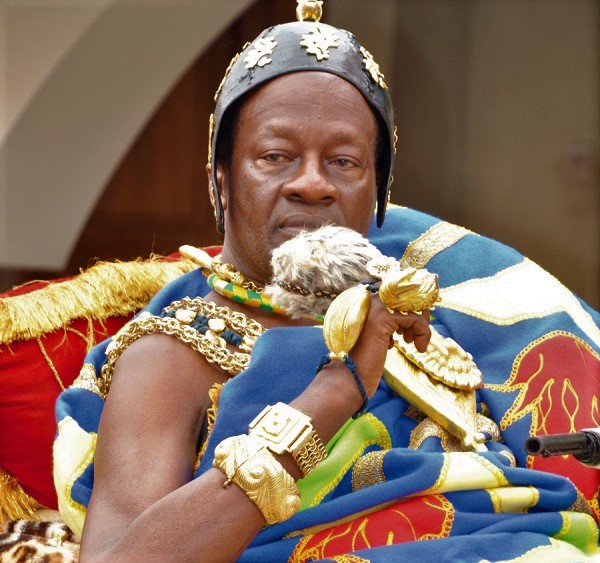 The Omanhene of the New Juaben Traditional Area, Daasebre Professor (Emeritus) Oti Boateng, has urged the government to equitably distribute development projects to affect all sectors of the economy and citizens in the country.

The Omanhene said politicisation of development would only deepen the country’s slow pace, and pointed to the fact that it created negative repercussions in the lives of citizens in all spheres of the economy, irrespective of where they belonged.

In an interview with the Daily Graphic last Thursday during the launch of “Operation Clean Communities” in Koforidua, Daasebre Oti Boateng urged the government to adopt the “Citizen Sector” policy, which is a sub-policy in his Root-based (development) Model (RBM) to include citizens and make them own development in their various communities.

He stressed that the award-winning RBM, which was birthed from a first baseline survey on vital areas of the economy, had satisfied requirements to be the best policy intervention to engineer development of the country from the community level.

The Omanhene said "Operation Clean Communities" had become necessary because of the growing filth in communities in the New Juaben Municipality and Ghana at large, resulting in health crisis.

He explained that the traditional authorities and residents had the responsibility to vanguard their communities, hence the need for such proactive initiatives.

The initiative, he added, could not be achieved solely by the traditional authorities, and called for support from the Ministry of Local Government and Rural Development to lead the enforcement of laws that aimed at keeping the environment clean.

The Director of Communications and Corporate Affairs of Zoomlion Company Limited, Ms Emma Adwoa Appiah Osei-Duah, said a "one million dustbin distribution project" had been rolled out to complement the effort of the fight against filth in municipalities.

She added that Zoomlion would collaborate with the traditional council to lead the "Operation Clean Communities".

The Municipal Chief Executive of New Juaben South, Mr Isaac Appaw-Gyasi, stated that the municipality had gazetted its bye-laws, and that they would be fully enforced to make sure the citizenry complied with them.

He appealed to the traditional authorities to support the effort of the assembly and to desist from pleading on behalf of persons caught violating the bye-laws.