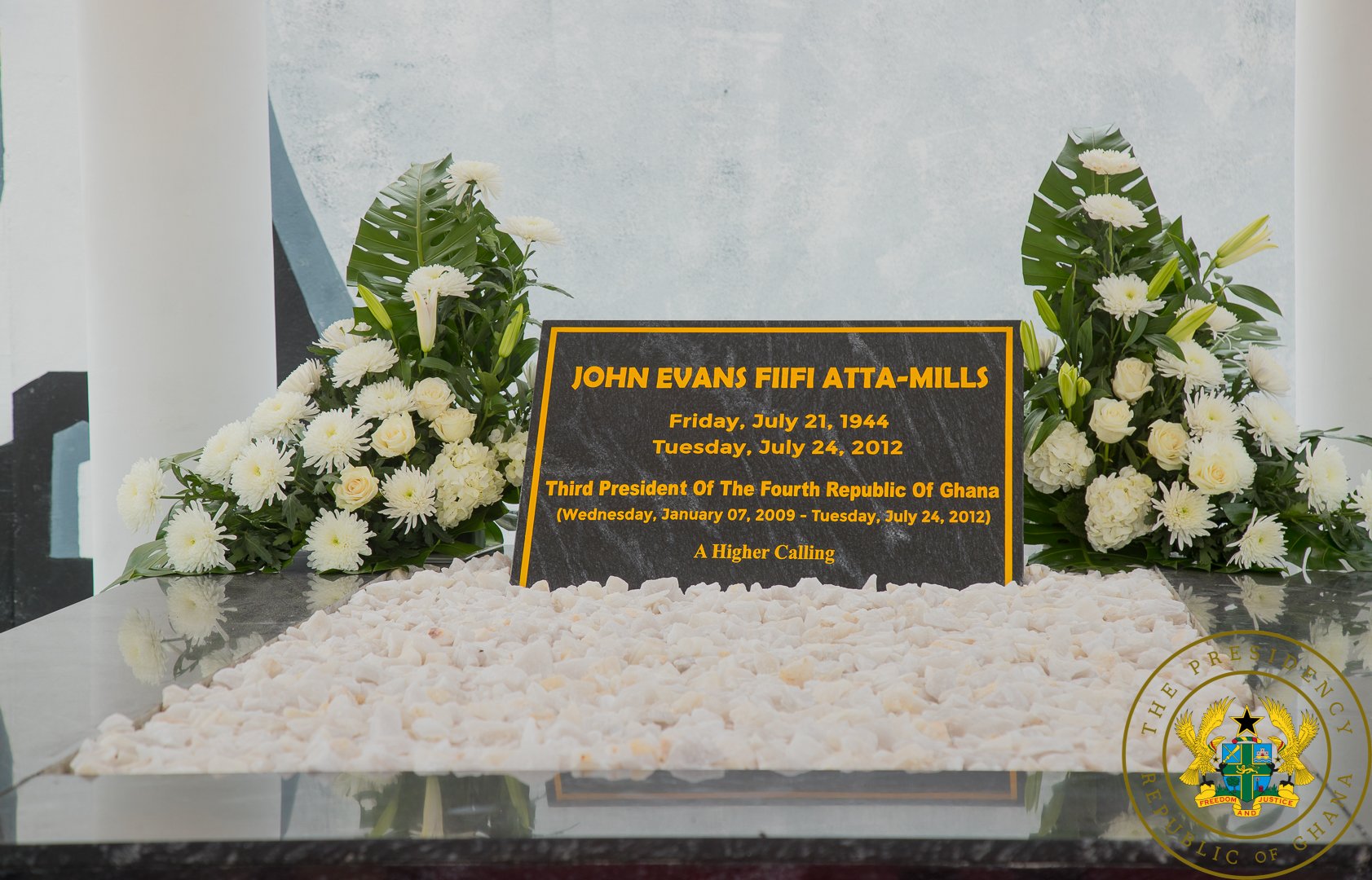 He said Prof. Mills’ tenure yielded the most stable and prosperous economic outcomes for the country in the Fourth Republic.

Under him, Mr Mahama recalled that the country famously recorded its highest ever Gross Domestic Product (GDP) growth rate of about 14.4 per cent.

"Under his presidency, the biggest contribution to our GDP growth was the non-oil sector. He still holds the record for the longest sustained period of single digit inflation of 33 months during his days. Almost all key economic indices pointed in the right direction compared to now when our economy is sadly in such disarray," the former President said.

He said this today (July 24) during a wreath laying ceremony and memorial service for the late former President Mills which was held at the Asomdwee Park in Accra.

The event was organised by the family of the late President in collaboration with the National Democratic Congress (NDC) and the Atta Mills Memorial Heritage.

Mr Mahama said Prof. Mills was an achiever who demonstrated that one could govern humanely and get a lot done, adding that he was the personification of the expression "substance over form."

"In spite of the description given him by his detractors as Professor do little, he achieved a lot within the three and a half years he served as president of this nation," he stated.

He added: "There is no small sense of irony in the fact that we mark the 10th anniversary of his demise at the time of unprecedented economic downturn."

With a sound economic base, he said the late President launched ambitious and progressive policies that resolved some of the most complex challenges of national life.

The effect of his policies, he said, resonated through all sectors, including energy, education, health, agriculture, security and many others.

Mr Mahama said his policies within those sectors had far-reaching impact on Ghanaians and made life better for them than he came to meet it.

According to him, Prof. Mills masterminded and laid the foundation for some of the most modern and expansive infrastructure that had come in handy and helped the country surmount some of its most recent challenges.

Additionally, Mr Mahama said Prof. Mills negotiated the financing and commencement of the Atuabo Gas Plant, one of Ghana’s most valuable energy assets.

"He passed as the most honoured Ghanaian leader with so many accolades and monuments named after him, undoubtedly, we all accepted him as the Asomdwee hene which means King of Peace and this is because he loved peace over anarchy," he added.

For such a man, Mr Mahama said his memory is worthy of utmost respect and dignity, even as he rested with his maker.

He, however, noted with regret that there had been some attempts to erode the efforts made by Prof Mills to weave a cohesive nation.

He said currently the nation had become polarised on political and sectoral lines.

"His magnanimity and respect for the principles of sound democratic governance contrasts sharply with the present situation that is characterised by harassment of political opponents, human rights violations, state-sponsored terrorism, abuse of power, politicisation of state and independent institutions and economic mismanagement," Mr Mahama stressed.

The National Chairman of the NDC, Mr Samuel Ofosu Ampofo, said Professor Mills meant a lot for the party and the country at large.

Despite his pedigree, he said Professor Mills was a down to earth person who connected easily with the grassroot of the party.

"As long as the NDC remain a political party in Ghana, we will continue to celebrate the memory of this illustrious son of the land," he stated.

He said Prof. Mills did that by serving in humility and in obedience ,and left a footprint to be followed by young people.

Former President Mahama laid a wreath, while the Minority Leader, Haruna Idrissu, laid one on behalf of members of Parliament; Dr Cadman Mills for the family; Ofosu Ampofo and the General Secretary of the NDC, Johnson Asiedu Nketia for the NDC; and the Member of Parliament for Dadekotopon, Rita Naa Odoley Sowah, on behalf of the widow, Naadu Mills. The leadership of the John Evans Atta Mills Memorial Heritage also laid a wreath. 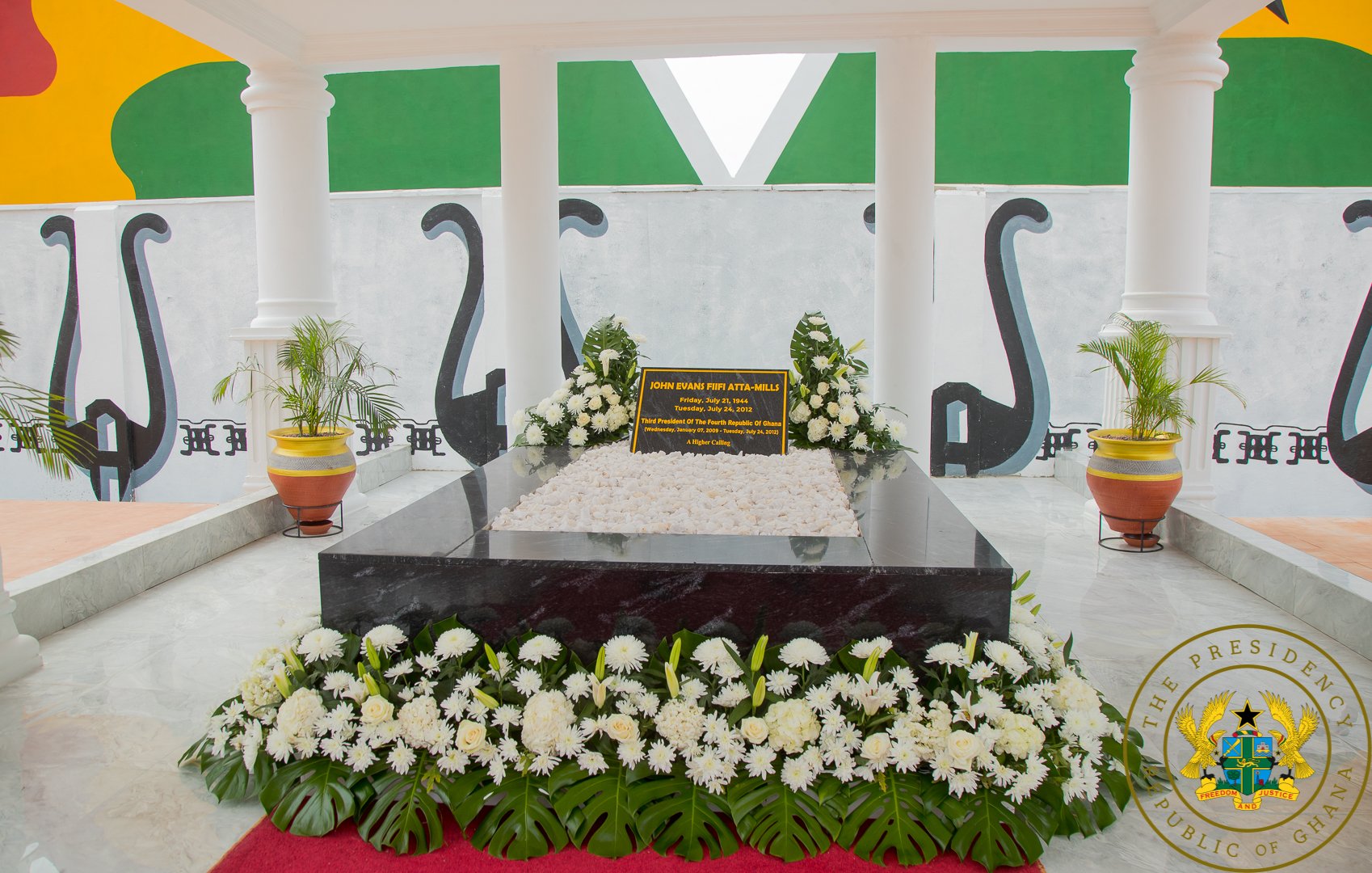