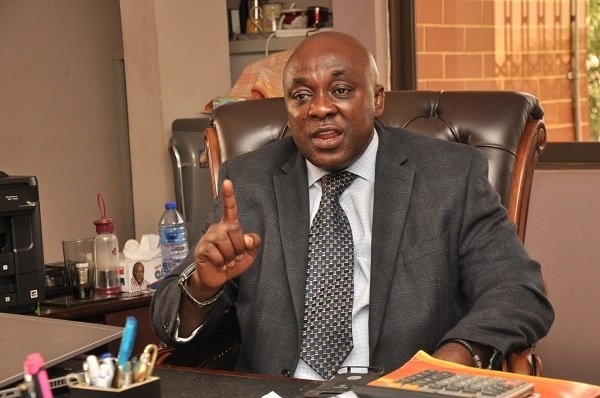 A Deputy Minister of Trade and Industry, Mr Carlos Ahenkorah, has resigned from his position following his admission of breaching the COVID-19 protocols after testing positive for the virus.

A statement issued Friday, July 3, and signed by the Director of Communications at the Office of the President, said Mr Ahenkorah’s resignation was with immediate effect.

Mr Ahenkorah, who is also the Member of Parliament (MP) for Tema West admitted that he had tested positive for COVID-19 and was admitted at the isolation centre of the Korle Bu Teaching Hospital in Accra.

He said in an interview on Accra-based radio station, Citi FM, on Thursday, July 2, that although he had tested positive and had been advised to isolate himself, he stepped out to monitor the ongoing voter registration exercise in his constituency.

According to him, he did not pose any harm to people who were present there since he was asymptomatic.

“Yes, I have COVID-19 but on the first day of the registration, there was a problem at one of the centres. But knowing my status that I am asymptomatic, I visited only one centre to check on the issue. I never got in the midst of people. I drove in my car and got there, got down and spoke far away with the EC officer who explained the issue to me. I told her I will report this to their boss and then I just left. I was very careful. It is important for people like us to know their status because whether you like it not, we will go into the midst of people”, he said.

Mr Ahenkorah at the voters registration centre in his constituency

The letter signed by the Director of Communications at the Office of the President, Mr Eugene Arhin, said President Nana Akufo-Addo on Friday, July 3, accepted Mr Ahenkorah’s resignation letter.

It said his resignation followed his admission that he had breached the COVID-19 protocols by visiting a registration centre in his constituency before the period of self-isolation was complete.

“President Akufo-Addo is admonishing all of his appointees to bear in mind that they are to provide leadership, at all times, for adherence to the protocols that have been established to help the nation defeat COVID-19,” the statement said.

It added that, “in accepting the resignation, the President recognises that Hon. Carlos Ahenkorah has acted honourably in the circumstances by resigning his office, and wishes him well.”