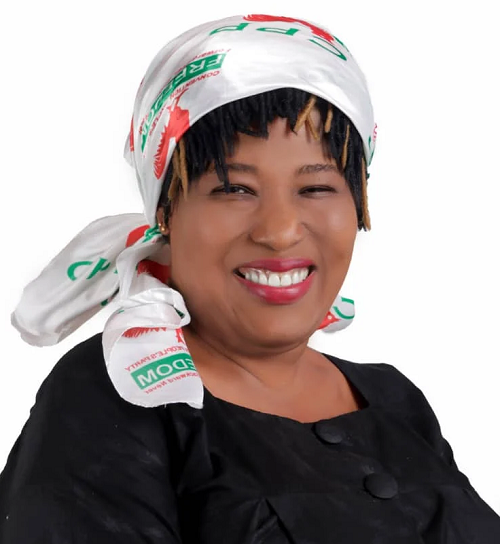 The General Secretary of the Convention People’s Party (CPP), Nana Yaa Jantuah, says the party will use any means possible, including resorting to the law courts, to protect the legacy of the country’s first President and Founder of the CPP, Osagyefo Dr Kwame Nkrumah.

Speaking at a symposium to mark the 112th birthday of Dr Nkrumah in Accra last Tuesday (September 21, 2021), the CPP scribe accused the governing New Patriotic Party (NPP) of gradually trying to erode and distort the legacy of Osagyefo Dr Nkrumah.

“The CPP in due course will use every legal means possible through the courts to restore notable holidays like the Founder’s Day on September 21, Republic Day on July 1, and the AU Day on May 25,” he said.

It is an open secret that there is no love between the CPP, other believers of Dr Nkrumah’s socialist/leftist policies  and the governing New Patriotic Party (NPP), the offshoot of the Danquah/Busia tradition which believes in the free market and rightist policies.

Apart from differences in ideologies, the animosity was woven deep into the political history of the country even before independence in 1957.

When Former President John Evans Atta Mills, a known “Nkrumahist”, announced September 21, the birthday of Dr Nkrumah as a public holiday, and Founder’s Day, in 2009, the Danquah/ Busia adherents were livid, describing it as a lack of recognition for other leaders in the country’s independence struggle.

Another raging debate ensued in 2019 when the NPP government led by President Nana Addo Danquah Akufo-Addo, instituted August 4, the day when the UGCC was formed, as Founders’ Day, moving the apostrophe after the ‘s’ to indicate that there were more founders and not just one founder of the nation.

Although the NPP still maintained September 21 as a public holiday, the Nkrumahists were not happy, and accused the party of just exhibiting their age–long anti-Nkrumah agenda.

The NPP faithful, including former Speaker of Parliament, Prof Aaron Mike Oquaye, rejected the accusations and said it could not be the case that only Dr Nkrumah deserved recognition in the country’s long fight for independence.

Nana Yaa Jantuah, however, said there was no doubt that Dr Nkrumah was the only founder of the country, saying that it was Dr Nkrumah who brought independence to fruition and advocated “self-government now”

She accused other people seeking to take the shine from Dr Nkrumah as those “who wanted to reap where they did not sow.”

“It is unfortunate that August 4 which has no bearing on independence is celebrated as Founders Day,’ she added.