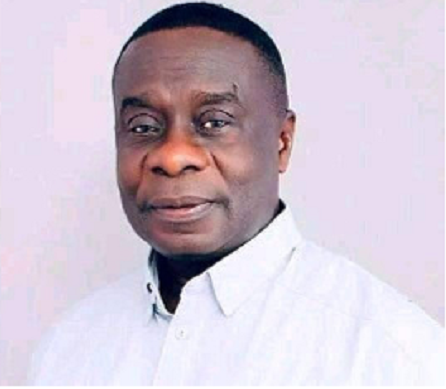 The Criminal Investigations Department (CID) of the Ghana Police Service has been petitioned to conduct “criminal investigations” into allegations of perjury against the National Democratic Congress (NDC) Member of Parliament (MP) for Assin North, Mr James Gyakye Quayson.

The petition, cited by the Daily Graphic, was dated January 11, 2021 and addressed to the Director-General of the CID by Mr Richard Takyi-Mensah, in his capacity as a citizen of Ghana.

Mr Takyi-Mensah accuses the legislator of lying under oath when he signed his nomination forms to contest as a parliamentary candidate when the Electoral Commission (EC) opened nominations between October 5 and  October 9, 2020.

It is the case of the petitioner that Mr Quayson claimed to be only a citizen of Ghana, which was not the case.

“As part of the nomination forms, Mr James Gyakye Quayson appended his signature before a judicial officer that he did not owe allegiance to any country other than Ghana, at the time when he was fully aware that, as a matter of fact, he owed allegiance to Canada at that material time of making the statutory declaration,” the petition stated.

The petition further accuses Mr Quayson of lying under oath by claiming not to have dual citizenship when he applied for a Ghanaian passport on July 30, 2019.

“In his quest to acquire a Ghanaian passport, Mr James Gyakye Quayson was asked whether he held dual citizenship, but he answered in the negative when in fact at the time of filing the said Ghanaian passport application forms, he was holding on to the Canadian citizenship.

“Mr James Gyakye Quayson has perjured himself by lying under oath and I have taken steps to petition your office for official criminal investigations to be conducted,” Mr Takyi-Mensah stated in the petition.

FLASHBACK: Mr James Gyakye Quayson voting in Parliament for the election of the Speaker

However, on December 30, 2020, a resident of Assin North, Mr Michael Ankomah-Nimfah, filed a parliamentary election petition at the Cape Coast High Court challenging the eligibility of Mr Quayson to be a Member of Parliament.

He also sought a declaration that the decision by the EC to clear Mr Quayson to contest as a parliamentary candidate was “illegal, void and of no legal effect”.

Another relief sought by the applicant was an order restraining Mr Quayson from holding himself as the MP-elect for Assin North and another order cancelling the parliamentary election that took place in Assin North on December 7, 2020.

On January 6, this year, the Cape Coast High Court, presided over by Justice Kwasi Boakye, issued an interlocutory injunction against Mr Quayson restraining him from holding himself as the MP-elect until the final determination of the election petition.

This effectively barred the MP from being sworn in.

Mr Quayson showed up in Parliament the same day to  vote in the election to select the Speaker of Parliament, and for him (Quayson) to be sworn into office as MP.

The Clerk of Parliament initially refused to allow him to take part in the election, but the NDC parliamentary leadership argued that Mr Quayson had not been served with the court order and was therefore not aware of any injunction restraining him from holding himself as MP-elect.

After many arguments, the Clerk of Parliament allowed Mr Quayson to vote and also be sworn into office, with a caution that he (Quayson) would bear the consequences of that action.