BY: By Charles Andoh
Category: Politics 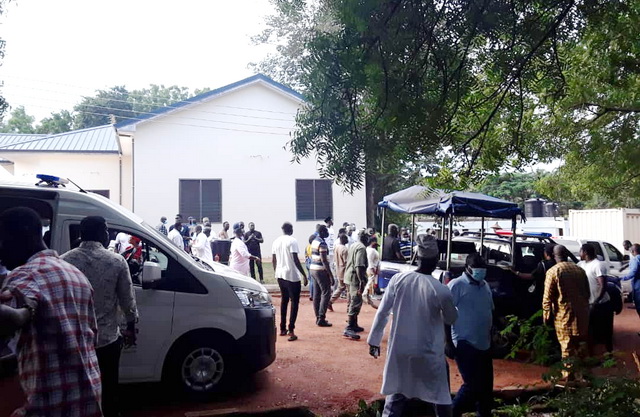 A scene outside the voting hall during the confusion

Chaos ensued during the election to confirm or reject Mr Mohammed Bashiru, the president’s nominee for the Chief Executive position for the Ga Central Municipal Assembly in the Greater Accra Region on Friday.

This was after the Electoral Commission (EC) officials were stopped by some party executives of the New Patriotic Party (NPP) in the process of counting the results after voting.

In the course of the counting, 11 out of the 20 assembly members had voted to reject the nominee and this appeared to be too big a blow for some of the members who tried to snatch the results from the hands of EC officials, leading to an abrupt end of the process.

The election took place on the campus of the Maranatha University College at Sowutoum in Accra.

In the ensuing melee, some supporters of the nominee hurled insults at the assembly members and accused them of being ungrateful while others started heckling the Presiding Member, Mr George Nana Adu Darko.

The Police quickly came to his rescue and whisked him away to prevent further attacks and altercation. 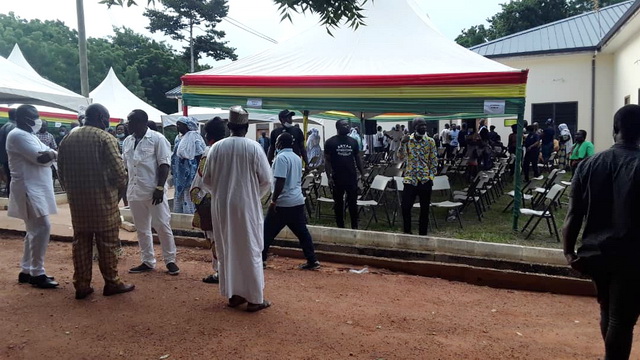 A scene outside the voting hall during the confusion

Some supporters of the nominee who had thought it was a done deal ahead of the voting but saw that their hopes dashed, vowed not to allow any other person to be nominated for the position except, Mr Bashiru.

The occasion was witnessed by the Minister of Foreign Affairs and Regional Integration, Ms Shirley Ayorkor Botchway; the Greater Accra Regional Minister, Mr Henry Quartey; the Member of Parliament for Anyaa-Sowutuom Constituency, Dr Dickson Adomako Kissi and some chiefs of Ablekuma and other political party representatives.

Efforts to speak to the EC officials proved futile as they all ran for their lives.

Rules
Per the confirmation rules, a nominee is supposed to garner two-thirds of the total votes of the assembly members.

In the event that the nominee fails, a rerun will be held in the next 10 days.

All nominated metropolitan, municipal and district chief executives (MMDCEs) have to be voted for by assembly members in their various MMDAs before they can officially assume their office.