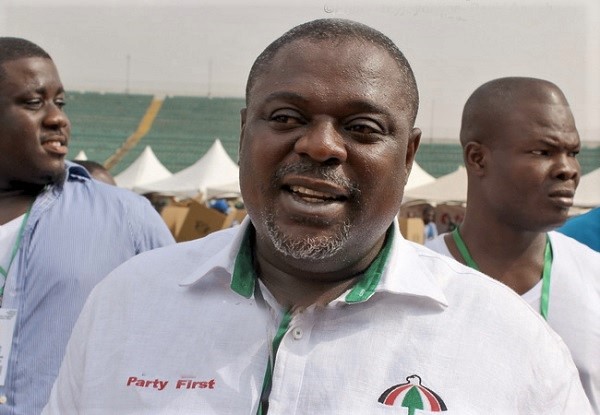 The Founder and CEO of the Atta-Mills Institute (AMI), and immediate-past Deputy General Secretary in-charge of Operations for the National Democratic Congress (NDC), Koku Anyidoho has expressed full support for the call for the NDC to extend a hand of reconciliation to Nana Konadu Agyeman Rawlings.

The call for the near-urgent need for the NDC to find prudent ways of making peace with the wife of the Founder of the Party, was made by Dr. Ezanetor Rawlings on the occasion of the first anniversary remembrance of the late President Jerry John Rawlings.

Ezanetor Rawlings' passionate plea for the Elders of the NDC to show greater strength, swallow the hurt of the past, and move forward with a more united front, seems to be echoing well.

According to the daughter of President Rawlings "... I will say the thing that nobody wants to say: let's bring back Nana Konadu Agyeman Rawlings back into the NDC...".

Supporting the call by Ezanetor Rawlings, Koku Anyidoho said that, it is very telling, that, the daughter of Rawlings chose the occasion of remembering her late father to make such a passionate and wise appeal.

"I do not consider Ezanetor to be a frivolous person, and for her to choose the platform of the 1st Anniversary Remembrance of her late father to speak from her heart, speaks volumes about how deeply she feels about the issue".

According to Koku Anyidoho, he believes that it is only a positively united NDC that can manage to ease the turbulence and raging storms.

"It is about time, pride, hubris, egos, are shelved, for the NDC to go back to basics and rebuild the spirit of comradeship and camaraderie".

"People are saying Konadu left so nobody sacked her. It is true she left on her own volition but nothing stops the NDC from making genuine efforts at reaching out to her. When she left and she was taunted and waved goodbye, what did we expect? Certainly, it was going to be difficult for her to return. If years have gone by and there is a call from no less a person than a daughter of Jerry John Rawlings to reach out to her mother, let the NDC not take it lightly ".

According to Koku Anyidoho, the future of the NDC is more crucial than its past and so if the NDC loses any opportunity to build bridges, the fear that Rawlings continued to express openly about the existential threat facing the party, may hit with a deafening bang.