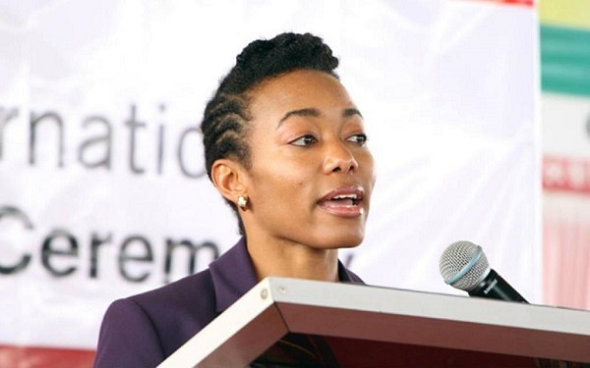 The National Democratic Congress (NDC) has stated that its doors are open to former party members who joined other political parties.

It said the party’s constitution was clear on the mode of rejoining, which was to renounce one’s membership of his/her new party and reapplying to join the NDC.

Responding to an appeal by the NDC MP for Klottey Korley, Dr. Zanetor Agyeman-Rawlings for the hierarchy of the party to accept Nana Konadu Agyeman-Rawlings back into its wings, multiple sources within the party, who did not want to be quoted, said while the appeal was welcomed, the procedures needed to be followed.

They were, however, emphatic that the leadership would also do some consultations including engaging the Council of Elders on the way forward.

“There are constitutional hurdles that need to be cleared. We will engage and see the way forward,” one of the leaders told the Daily Graphic.

The sources spoke to the Daily Graphic at the party’s headquarters last Friday after a short commemorative ceremony of the first anniversary of the demise of the late former President Rawlings. Dr. Agyeman-Rawlings, at the ceremony, said the party reconciling with the estranged member would heighten the chances of the NDC in its bid to annex power in the 2024 general election.

“On this particular occasion, let me say the thing that nobody wants to say. Nana Konadu Agyeman-Rawlings is an integral part of this party. Let us do what we have to do to bring her back. In every family, there is conflict.

“But in every family, there are elders who will be part of the mediation of the conflict. We are calling on our elders. We don’t know what tomorrow holds. But if we want true victory, a convincing win, so that we can rescue the people of Ghana from where we are today, let us do what we have to do,” the MP said.

In a related development, the founder and Chief Executive Officer of the Atta-Mills Institute (AMI), and immediate-past Deputy General Secretary in-charge of Operations for the NDC, Mr. Samuel Koku Anyidoho has expressed full support for the call for the NDC to extend a hand of reconciliation to Nana Konadu Agyeman-Rawlings.

Supporting the call by Dr. Agyeman- Rawlings, Mr. Anyidoho stated that “it is very telling, that, the daughter of Rawlings chose the occasion of remembering her late father to make such a passionate and wise appeal.

"I do not consider Zanetor to be a frivolous person, and for her to choose the platform of the first anniversary remembrance of her late father to speak from her heart, speaks volumes about how deeply she feels about the issue," he stated.

In a statement, Mr. Anyidoho, said it was only a positively united NDC that could manage to ease the turbulence and raging storms.

However, the National Democratic Party (NDP) has stated that the exit of Nana Konadu Agyeman-Rawlings was final.

It said Dr. Agyeman-Rawlings appeal to the NDC to take steps to bring the NDP founder back into NDC was not new.

In a statement signed by its General Secretary, Alhaji Mohammed Frimpong, the party stated that the convictions of the NDP founder in consonance with the NDP policies stood irreconcilable with the orientation in the NDC.

“Indeed, by her leadership of the NDP the nation is assured of the pristine grassroots participation in governance with a focus on critical and social infrastructure for national development.

In 2012, Nana Konadu Agyeman-Rawlings broke away from the NDC to form the National Democratic Party (NDP).

Prior to leaving the NDC to form the National Democratic Party (NDP), Mrs. Agyeman-Rawlings had contested the flagbearership of the NDC in 2011 with the late former President John Evans Atta Mills in Sunyani.