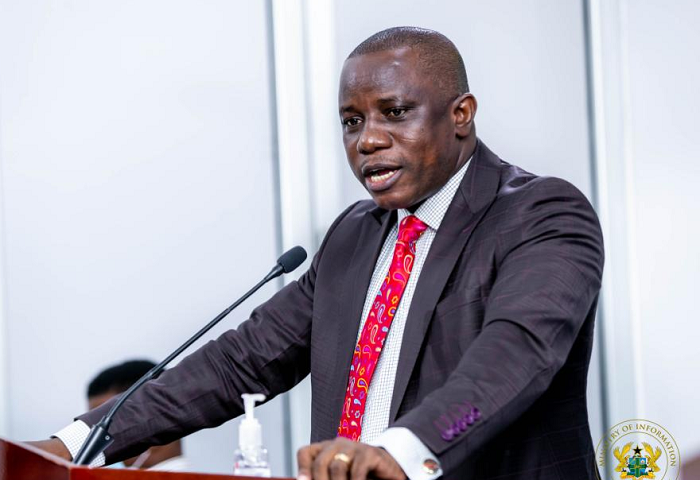 The Resident Representative of the Economic Community of West African States (ECOWAS) in Ghana, Mr Baba Gana Wakil, has urged Ghana to be prepared at all times to “forestall any incursions” from neighbouring countries in the wake of terrorist threat alert on the country.

Mr Wakil noted that Ghana “is a bright spot” in the sub-region for terrorist activities given that its surrounding neighbours including Burkina Faso, Togo and Cote d’Ivoire have all been invaded by terrorists.

He made the remarks in an interview with the Daily Graphic when he led a delegation to present Physical Security and Stockpile Management (PSSM) equipment to the Ghana Armed Forces (GAF) at the Burma Camp in Accra last Monday.

Mr Wakil commended Ghana for managing to keep terrorists at bay over the period in spite of being surrounded by countries with “high terrorist activities.”

He urged the country to “continue doing what it has always been doing” to protect its boundaries against terrorist invasion.

“Unknown to Ghanaians, Ghana is a bright spot in the sub-region when it comes to terrorism. You are surrounded by neighbours where terrorist activities are very high.

“But somehow, Ghana has managed to keep terrorists at bay. So whatever Ghana was doing to achieve that, it should continue to do it; to be prepared at all times to forestall or prevent any incursions, especially from Burkina Faso, Cote d’Ivoire, Togo which are the immediate countries that already have high terrorist activities.”

Mr Wakil indicated that the ECOWAS commission had prioritised peace and security issues as it was critical to the attainment of the ECOWAS integration agenda.

He gave an assurance that the commission would continuously support security agencies to guarantee the safety and protection of citizens in the region.

Security experts and analysts have over the past months been beating warning drums over the possibility of terrorists extending their operations into Ghana following repeated cases of terrorist attacks in neighbouring Burkina Faso.

The warnings were amplified when another terrorist attack in northern Burkina Faso last month led to the killing of 160 civilians – the deadliest attack since 2015.

The Government of Ghana has indicated that based on intelligence of potential terrorist activities in the country, the government had beefed up security at border regions, particularly in the northern part of the country.

Addressing the media last Sunday, the Minister of Information, Mr Kojo Oppong Nkrumah, described the growing terrorism and piracy situation in the sub-region as worrying and said the issue attracted much of the attention of Cabinet last weekend when President Nana Addo Dankwa Akufo-Addo met with senior government officials.

“The Akufo-Addo administration has in the last four years worked hard by putting in place measures to ensure our borders are safe from these attacks. Nonetheless, there is the need to do more and we want to assure the Ghanaian public that we will tighten measures to ensure the safety of the people,” the minister said.