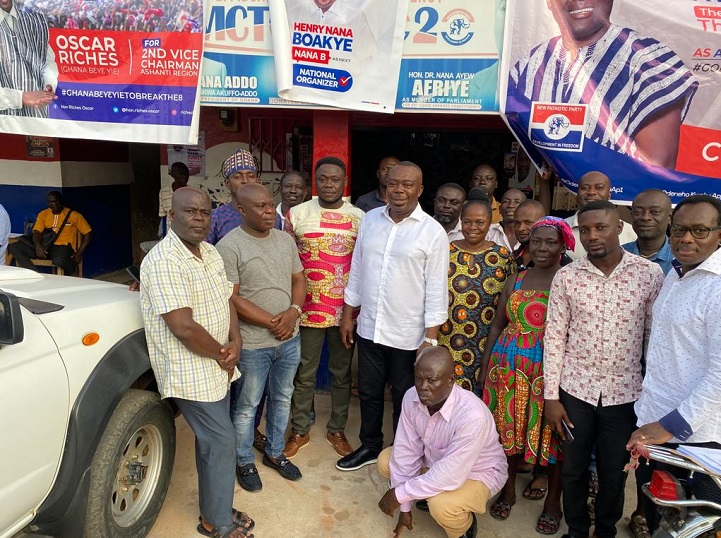 Mr. Stephen Asamoah Boateng with a section of the constituency executives Follow @Graphicgh

New Patriotic Party national chairman hopeful, Stephen Asamoah Boateng has toured a number of constituencies in the Ashanti Region, meeting constituency executives and promising to lead a united party for victory in Election 2024.

Asabee, as the former Information Minister and immediate past Director General of the State Interests and Governance Authority (SIGA) is popularly called, has been met with enthusiastic embraces as he sold his vision of a well-structured party, with functional officers, and a well-oiled war chest to prosecute Election 2024.

With open admirations and endorsements from executives of the about 20 constituencies he has toured so far in the region, the reception has been all positive for Asabee. 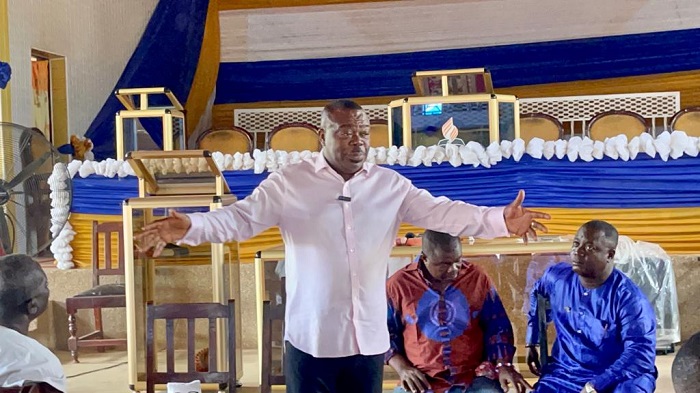 Stephen Asamoah Boateng while speaking to some of the constituency executives

Speaking during the constituency tours where he shared what he said was a five-point plan, Asabee said should he be elected as chairman, he plans to re-energise the NPP to go out and beat the National Democratic Congress emphatically in 2024 General Election.

He told them that just as they sought leadership appointments to succeed, lead the party onto the path of growth and not to end up as opposition party executives, he was equally into the race of chairmanship to win and lead the NPP to yet another victory.

Among other undertakings, he promised to resource party functionaries with timeous logistics to enable them carry out their mandates and plan effectively for party work.

"I will organise sponsors who believe in our government policies and have the goodwill to see us better manage the economy for the prosperity of Ghanaians," Asabeee said.

He also indicated his desire to champion amendments in the NPP constitution so specific roles would be assigned elected and appointed executives for them to function efficiently and effectively.

Asamoah Boateng also promised to build consensus with party leadership when he becomes NPP chairman, for the implementation of what he termed as agenda 60/40.

This agenda, Asabee explained, would ensure that at least some 40% of all appointments go to the party - constituency and polling station levels - explaining that it will go a long way to bridge the gap between government and party.

Asabeee noted that the 2024 general elections will not be an easy task but said he was desirous of leading the NPP to the battleground and to victory as a "War Time General" who has the capacity to beat the NDC.

He said a strong and united party should root firmly behind anyone “our party would present as flagbearer.”

Reactions
Pledging their support and open endorsement of Asabee’s chairmanship bid, some of the executives told this reporter that they were rooting for Asabeee because they saw him as their own and that he has the energy and "no nonsense character" to face the NDC.

They said come July 14, they were all ready to vote en-bloc for Asabeee, noting his respect for them, his humility and seriousness to duty.