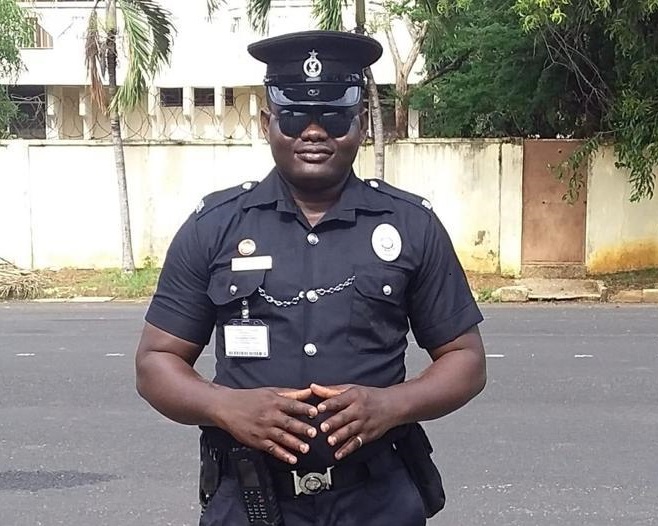 Another policeman has allegedly committed suicide by shooting himself.

The incident happened in Accra.

The said policeman, identified as Constable Eugene Yelnona allegedly committed the suicide whilst on guard duty at the residence of a Togolese opposition leader, Mr Gilcrest Olympio who is resident in Ghana.

The deceased Constable Eugene Yelnona, was attached to the National Protection Unit (NPU).

He is said to have shot himself in the washroom of the residence of the Togolese opposition leader on Monday morning [February 1, 2021].

A police source confirmed the incident to Graphic Online's Emelia Ennin Abbey and said the policeman had been denied a leave extension by his superiors.

Graphic Online gathers that Constable Yelnona has not been well for sometime and had to take his leave to get medical attention.

Even though his health status was not made available, the source described it as "somehow psychological".

According to the source, Constable Yelnona resumed from his leave on Friday January 29, 2021 and requested for an extension of the leave to enable him continue with his medication and treatment at home since he was still not well.

However, he was denied the leave extension and was put on guard duty at the residence of the Togolese opposition leader at Ridge in Accra.

His body was found in the washroom of the Togo opposition leader and when it was examined it was suspected that he had shot himself Monday dawn [February 1, 2021] while he was on duty.

Constable Yelnona becomes the second policeman suspected to have committed suicide in the last three days.

On January 30, 2021, the Half Assini District Police Commander, Superintendent of Police, Mr Cyprian Zenge was reported to have shot himself in his house.

According to the assemblyman for the area, Mr Kizito Trill Erzoah, the deceased left behind a note which read, "I am fed up".

A press statement released by the Western Regional Police Command indicated that the note which appeared to have been written by Mr Zenge was found by members of the Regional Crime Scene Team who visited the scene.

The statement signed by the Regional police Public Relations Officer (PRO), DSP Olivia Adiku indicated that although preliminary investigations conducted points to suicide "the investigations is open to unravel the true circumstances leading to the death of the officer".