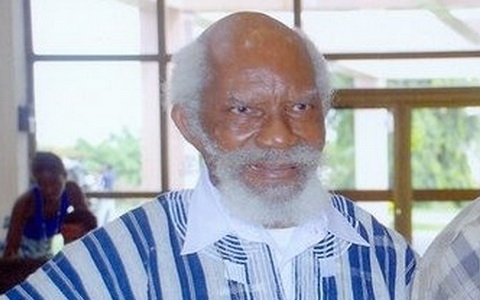 The Coalition of Domestic Election Observers (CODEO) has suggested to the Electoral Commission, to consider an amendment of Constitutional Instrument (CI) 75, to allow media practitioners and credible domestic observer groups participate in early voting.

CODEO also wants the EC to improve on the early voting privileges to enable all security personnel on duty on election day to vote.

The request was contained in a communiqué issued by CODEO, after a three-day Post-Election Review Workshop on ‘Ghana’s December 2012 Elections in Perspective’ in Sogakope in the Volta Region, held between Sunday March, 24 and Tuesday, March, 26, 2013.

Read the full communiqué below:

COMMUNIQUE ISSUED BY PARTICIPANTS AT CODEO’S POST-ELECTION REVIEW WORKSHOP HELD AT SOGAKOPE FROM SUNDAY THE 24TH –TUESDAY, THE 26TH MARCH 2013

WE, the participants, having attended a Post-Election Review Workshop organized by the Coalition of Domestic Election Observers (CODEO) on ‘Ghana’s December 2012 Elections in Perspective’ from Sunday, the 24th to Tuesday, the 26th of March 2013, in Sogakope in the Volta Region of Ghana, and after discussing the following topics:

• The 2012 Election: Preparations and Conduct


• The Cost and Financing of Elections

DO HEREBY RESOLVE AS FOLLOWS:


• That there should be greater stakeholder participation, involvement and collaboration in the processes leading to the conduct of future elections;


• That the Electoral Commission (EC) should, in the immediate future, be forthcoming with timely information and clarity on the nature of reforms it may intend to introduce into the electoral process as well as conduct an extensive publicity of its comprehensive election calendar so that other stakeholders could effectively prepare their support programs


• That during future exhibition of the provisional voter register, the EC must (in addition to SMS platform, online platforms) consider other means of encouraging mass patronage, including pasting the list on notices at exhibition centers to make the process user friendly;


• That the nation must seriously discuss the creation of new constituencies in the future considering the cost and logistical implications, time, anxiety and political fall-outs that come with it, and if possible we should consider a cap on the number of constituencies that Ghana must have;


• That the EC considers using the expertise of credible local NGOs and CSOs for closer supervision in the recruitment, training (not only on technical and operational but also psychological) and monitoring of temporary EC field staff; that serious consideration be given to the recruitment of National Service Personnel as the preferred temporary field operators, and that stricter application of the appropriatesanctions when necessary be vigorously enforced.;

• That a credible and scientific study be conducted into the unacceptably high levels of rejected ballot papers, with a view to understanding the nature, incidence, and causes so as to design appropriate measures to reduce the incidence.


• That the increasing high cost of election administration, campaign financing by political parties, and incumbency abuse by government parties be seriously discussed by stakeholders with a view to reaching a national consensus on meaningful reductions in election expenditures across board, to promote transparency, , accountability, sustainability, and leveling of the electoral playing field;


• That the EC must continually monitor the conduct of the political parties and firmly and fairly apply the sanctions specified in the Political Parties Act (574) of 2000 for non-compliance with the law. That deeper participation of all Ghanaians, especially the marginalized groups, like Persons With Disabilities through enhanced access to polling stations, be promoted;


• That credible Civil Society Organizations (CSOs) be invited, as a rule, to all meetings of the Inter Party Advisory Committee (IPAC) to act as independent and reliable observers to discussions and decisions with a view to broadening ownership of the electoral process;


• That greater synergy between the National Media Commission(NMC) and the National Communication Authority (NCA) is necessary to ensure higher media standards with the former having the power to enforce its decisions;


• That Social Media, as a growing phenomenon, needs regulation and to be more integrated in the electoral process for information gathering and voter education;


• That the institutional collaboration between the EC and the National Commission for Civic Education (NCCE) be deepened and sustained, and collaborative efforts among CSOs, NCCE, EC and other relevant state and non-state actors be strengthened;


• That Political Parties, the EC, domestic observer groups, and the Security Services collaborate more on election security matters for the speedy prosecution of electoral offenders; and


• That the EC must improve and facilitate access to early voting privileges to enable all security personnel on duty on election day to vote, and also consider an amendment to CI 75 to allow credible domestic observer groups and the media to access this privilege.