All set for Council of State election today 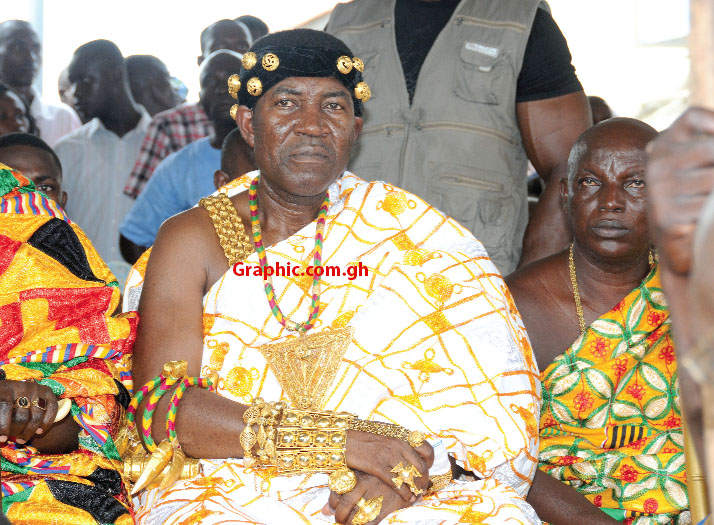 All is set for the election of regional representatives of the Council of State today.

The election is taking place at designated venues in the regional capitals where two delegates nominated by the metropolitan, municipal and district assemblies (MMDAs) in each region will elect a candidate to represent the region on the Council of State during the second term of President Nana Addo Dankwa Akufo-Addo.

The election will take place between 10 a.m. and 2 p.m., after which the regional directors of the EC will declare the results.

The Electoral Commission (EC) opened nominations for aspirants to pick up nomination forms on February 1, with a filing deadline of February 4, 2021, as part of processes for electing regional representatives to the Council of State.

In an interview with the Daily Graphic, the Deputy Chairperson of the EC in charge of operations, Mr Samuel Tettey, said the EC had supplied COVID-19 safety materials which had been delivered to all the regions.

He said the regional directors of the EC, who were the returning officers for the election, had also been briefed on their roles and asked to ensure that the COVID-19 safety protocols were observed.

He said all materials needed for the election, such as ballot boxes, ballot papers, indelible ink and notice of polls, had been delivered as well.

Mr Tettey said the selection of delegates, which was the preserve of the MMDAs, had also been completed.

He noted that the delegates were made up of two representatives from the MMDAs in each region and explained that the candidate who would obtain the highest valid votes cast would be declared elected.

The EC has designated various venues in the regional capitals to serve as centres for the election of the regional representatives to the Council of State.

In the Greater Accra Region, the Accra Metropolitan Assembly (AMA) City Hall will be the centre for delegates in the region to elect their representative, while the Regional Coordinating Council (RCC) Residency in the Western Region will be the venue for those in the region.

President Nana Addo Dankwa Akufo-Addo has already appointed 11 people to serve on the Council of State for his second term in office.

He has also named four members to serve as ex-officio members of the Council of State.

A statement from the Presidency, signed by the Director of Communications, Mr Eugene Arhin, said the appointments were pursuant to Article 89 (2) of the 1992 Constitution, while the four ex-officio members were named after consultations with Parliament.

In accordance with Article 89 and subject to consultation with Parliament, the President also appointed a former Chief Justice, Mrs Georgina Theodora Wood; a former Chief of the Defence

Staff of the Ghana Armed Forces, Lt Gen. J.B. Danquah, and a former Inspector-General of Police, Nana Owusu Nsiah, to the council.

The President of the National House of Chiefs, Ogyeahohoo Yaw Gyebi II, is an ex-officio member of the council, in furtherance of Article 89(2)(b).

The Council of State that served during President Akufo-Addo’s first term was made up of 25 members and chaired by Nana Otuo Siriboe.