Agona East: NDC reacts to ban on MP from campaigning for alleged disrespect 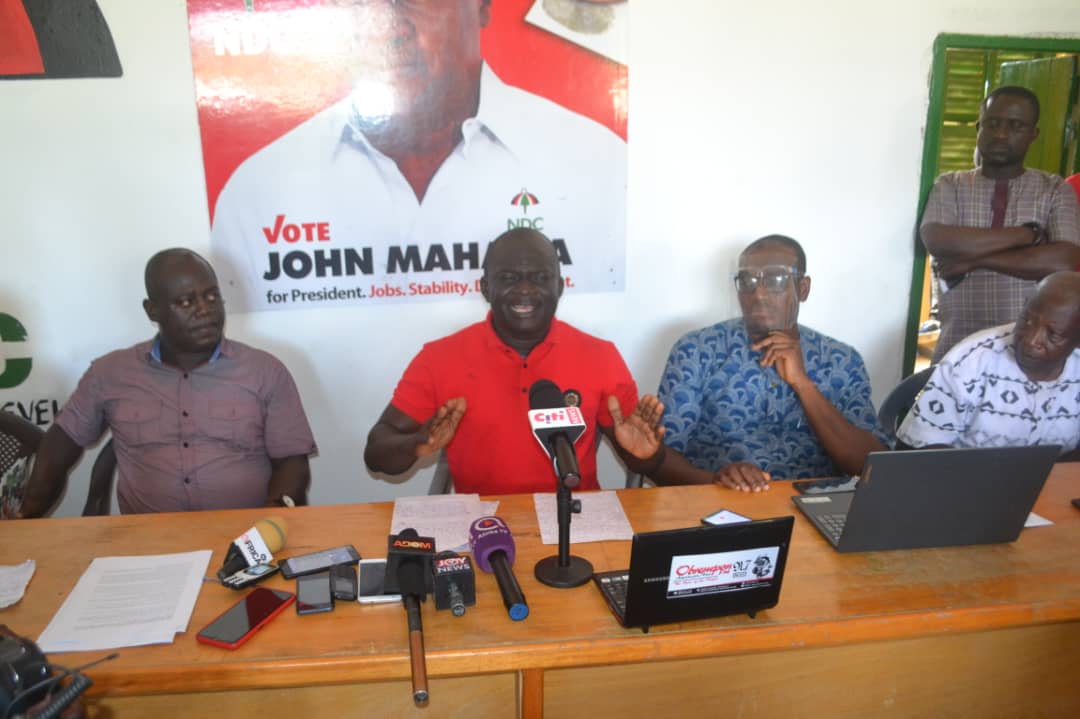 Members of the opposition National Democratic Congress (NDC) in the Agona East Constituency in the Central Region have reacted to the ban by the Chief of Agona Duakwa on the Member of Parliament (MP) for the area from campaigning for alleged disrespect.

Following what the Chief of Agona Duakwa, Nana Kojo Amuakwa V, describes as "disrespect" and "disgrace" to the Agona Duakwa stool, he has banned the MP for the area, Mrs Queenstar Maame Pokuah Sawyerr from campaigning in the town and its surrounding communities.

The National Democratic Congress (NDC) MP who is seeking re-election is said to have alleged paying some monies to the chief for a development project to which the chief failed to do.

Nana Kojo Amuakwa V has subsequently denied receiving any such money from the MP.

According to him, all chiefs, sub-chiefs and elders of Duakwa lands have been instructed to ensure that nobody allowed the MP, her supporters or agents to engage in political campaigns on their lands.

This, the Chief said was following attempts and moves targeted at the MP to get her to substantiate her allegation and get it resolved but has failed to honour all invitations by the chiefs.

But at a press conference at Agona Nsaba on Monday, October 5, 2020, the NDC members accused Nana Kojo Amuakwa V of orchestrating a plan deliberately to give political advantage to Professor Kwesi Yankah, who is the New Patriotic Party’s (NPP) parliamentary aspirant for the area.

They therefore demanded a reversal of the ban and warned that, if it was not reversed in 48 hours, they will go on a public demonstration.

Addressing the press conference at the NDC office at Agona Nsaba lthe NDC Agona East constituency Director of Elections, Mr Kweku Arkoh Yeboah said that all the allegations levelled against the MP were false and a calculated attempt to court public disaffection for the MP.

“We are by this notice also calling on him [Nana Amuakwa V] to produce evidence to back his allegation the MP had said publicly that she had given GH¢22,000 to him to evacuate a heap of refuse which he failed to do”.