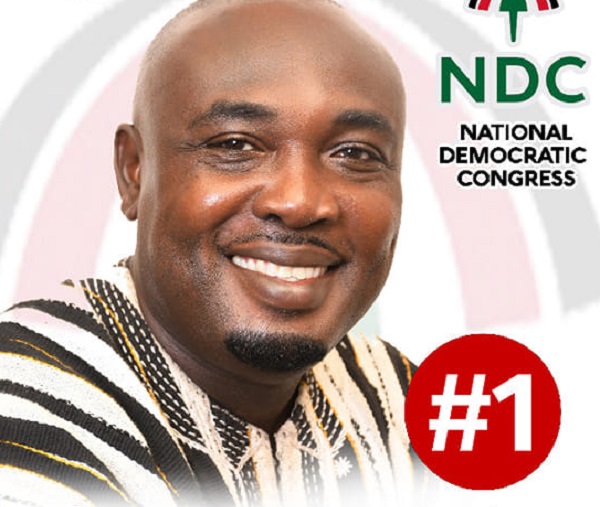 A former Deputy Ashanti Regional Minister, Samuel Yaw Adusei, has said he is confident that after the ballots are counted at the end of voting on Saturday, December 17, 2022, he would emerge the new National Chairman of the National Democratic Congress (NDC).

Mr Adusei who is the youngest among the four national chairman aspirants said it was evidently clear from his rounds in the regions that the members wanted a change and a new breath of life in the party and that he represented that change the people were clamouring for.

According to him, the current leadership had been tried and tested for more than 20 years and had nothing new to offer the party and as such should leave the scene for new people with new ideas to take over the affairs of the party.

Speaking in an interview with the Daily Graphic, the young politician pledged to make the party more dynamic and relevant to modern times.

The NDC will go to the polls on Saturday, at the Accra Sports Stadium to elect new natinonal executives.

Mr Adusei said the current Chairman, Samuel Ofosu Ampofo, and the General Secretary, Johnson Asiedu Nketia, who were also contesting the chairmanship position, were in charge of the last two elections, which the party lost and believes that if they had anything to offer the part, the last election was the time for them to showcase that.

According to him, “having the same people in leadership position for a very long time, does not promote dynamism and it is time for new people to take over.”

Mr Adusei said being relatively younger than all the other candidates gave him an edge as he would serve as a bridge between the older and younger members and also would easily bring along the youth who, he said, constituted the future of the party.

Samuel Yaw Adusei, the Bantama boy, twice contested the parliamentary seat for the NDC in Bantama. He began his political career at the early stage of his life and has risen through the rank and file of the party from the branch to the National level.

Aside from contesting as the Parliamentary Candidate for NDC in Bantama Constituency, he also served as Branch Secretary, Chairman, Ward Coordinator and Constituency Executive member.

He has also been a member of the party's communication department at the constituency, regional and national levels.

The former Deputy Minister of Works and Housing has competencies in other areas such as elections, campaigns, strategies, organisation and communication.

He is a Biochemist by profession and holds an MBA in Finance and MSc in Economics all from Kwame Nkrumah University of Science and Technology. He also holds an LLB degree from the University of London and is a versatile politician.

He believes he can lead the party, as the national chairman, to victory in the 2024 elections.