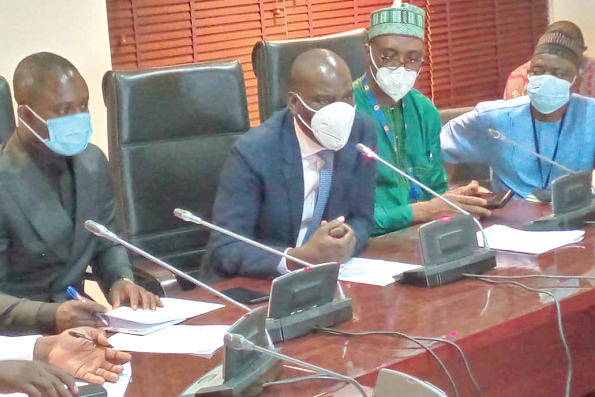 The Minority Caucus in Parliament has called on the government to abrogate the contract signed between the Ministry of Health and Sheikh Ahmed Dalmook Al Maktoum for the supply of Sputnik V vaccines.

It said the contract signed on March 9, 2021 violated Article 181 (5) of the 1992 Constitution which required parliamentary approval for international agreements of that nature.

Moreover, it said, its investigations into the supply of Sputnik V vaccines had revealed that the Russian authorities had been willing to deal directly with Ghana.

Addressing a press conference on the Sputnik vaccines procurement by the government in Parliament yesterday, the Minority Leader, Mr Haruna Iddrisu, explained that the Russian Direct Investment Fund (RDIF) had opened direct engagements with more than 30 governments as of February this year, including African countries such as Kenya, Rwanda, Tunisia, Guinea and Algeria.

“We have a copy of a statement RDIF issued in Moscow confirming this fact,” he said.

He questioned why the government preferred to deal with dubious middlemen.

Mr Iddrisu expressed concern about the Minister of Health’s justification to purchase 3.4 million doses of the Russian Sputnik V vaccine, using a middleman at a unit cost of US$19 instead of US$10.

Mr Iddrisu argued that the  justification by the Ministry of Health was unconvincing because the decision to purchase vaccines from an intermediary did not guarantee the safety and potency of those vaccines.

“Indeed, WHO has warned all countries, including Ghana, to desist from the purchase of vaccines using intermediaries because it has the tendency to result in sub standard vaccines that can be harmful to our compatriots.

“In any case, there still exists other channels such as the WHO, UNICEF, GAVI, COVAX etc. that can assist Ghana to obtain standard and safe vaccines set at a price far lower than the US$19 per dose rip-off,” he said.

According to him, the abysmal failure in leveraging historic diplomatic ties with the Russians at a time “we in the Minority have unfettered access to the Russians is most embarrassing”.

“We also intend to explore further avenues under our Constitution and Standing Orders to hold the Health Minister accountable for this graft of international proportions,” he said.

Touching on Frontiers Healthcare Services operations at the Kotoka International Airport (KIA), Mr Iddrisu said the decision to choose the private company at the neglect of reputable public institutions such as the Noguchi Memorial Institute for Medical Research was not the best.