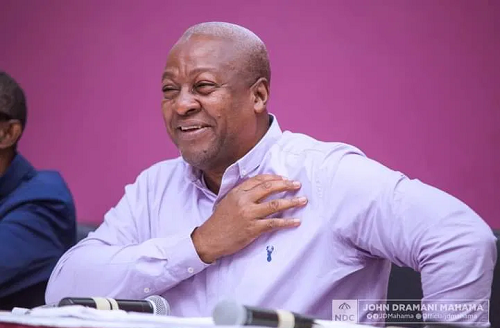 Former President John Dramani Mahama has said the next National Democratic Congress (NDC) government will complete all abandoned projects in the Volta Region.

Speaking at a grand durbar to climax the Asogli Yam festival in Ho last Saturday, Mr Mahama said various projects initiated by the NDC government have come to a halt or were progressing slowly.

He named the Jasikan-Hohoe, Sokode-Ho road, the interchange at the UHAS roundabout and the Volivo bridge over the southern Volta River among others as projects either abandoned or progressing slowly.

Mr Mahama said the next NDC government would have firm focus on the development needs of the region, and complete all abandoned projects.

“Projects started by the NDC have been abandoned and others that are to be completed in the region are being done at a slow pace. For some of the projects, this government [NPP] asked contractors to stop work.

“But I make a commitment of the NDC that, God willing and thanks to your votes in 2025, all these projects will resume”, he assured.

grand durbar to mark the climax of the Asogli