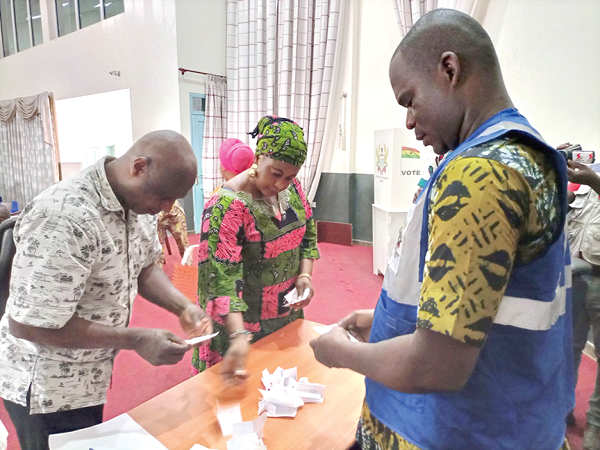 Members of the Tamale Metropolitan Assembly (TaMA) and the Chereponi District Assembly on Wednesday failed to elect new Presiding Members (PMs) following the candidates’ inability to garner two-thirds of the total votes cast as required by law.

At the elections at the TaMa, the incumbent PM, Mohammed Alhassan Yogudoo, polled 31 votes while a government appointee, Mohammed Abdulai, had 28 votes out of the total of 59 votes cast.

After failing to elect the PMs, members of the assemblies held several deliberations to reach consensus on the elections but that did not yield any positive result.
The election has been adjourned to be conducted within the next 10 days.

The failure of the members of the assembly to elect the PMs to preside over their meetings left many disappointed, including the Tamale Metro Coordinating Director, Gilbert Nuuri-Teg, and District Chief Executive for Chereponi, Hajia Zuweira Mada Nashiru.

They expressed worry about the turn of events but were confident that a substantive presiding member would be elected at the next general assembly meeting.
They, therefore, called on the members to come to a consensus and elect a PM to ensure the smooth operation of the assembly.

Some of the assembly members who spoke to the Daily Graphic expressed worry about the assembly’s failure to elect a Presiding Member, saying the situation would hinder development in the metropolis.

“Now that we have failed to elect a Presiding Member for this house, we don’t know who is going to convene the next meeting for the election,” one of the assembly members lamented.

The election was supervised by officials of the Tamale Metro Electoral Commission.

Presiding members play a crucial role in the decentralisation process of the country.

What this means is that without PMs, district assemblies cannot meet to make decisions for the assemblies.