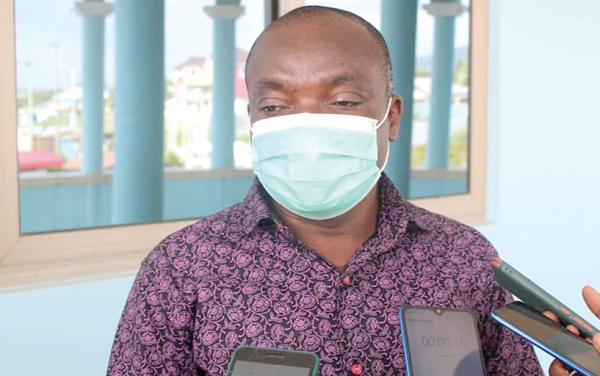 The Middle Belt Development Authority (MDA) has spent GH¢744 million on infrastructural projects in 109 constituencies across the five regions making up the middle belt.

The over 1,802 projects comprise both completed and uncompleted ones in the Ahafo, Ashanti, Bono, Bono East and the Eastern regions which make up the middle belt.

At a stakeholder engagement meeting in Koforidua with the 33 municipal and district chief executives (MDCEs) in the Eastern Region, the Chief Executive Officer (CEO) of MDA, Mr Joe Danquah, told the Daily Graphic in an interview that the MDA had completed at least 1,802 projects, with hundreds still in progress across the 109 constituencies.

He said the projects which were under the government's flagship policy of "$1 Million Per Constituency" initiative covered education, health, agriculture, sports, culture, sanitation, security, electrification, among others.

Others are community centres, durbar grounds, bungalows, security posts and police stations" among others, he said.

Mr Danquah added that the "one astroturf per constituency" project was still on course and urged various constituencies to remain calm and be assured of the construction of their facilities.

He announced that works on the astroturf parks in the New Juaben North and New Juaben South municipalities would soon commence.

Mr Danquah appealed to stakeholders, including the MDCEs, traditional authorities and communities to continue to support the projects being undertaken by protecting and making good use of them to achieve their intended purposes.

He said the executive had started a process to covert the "$1 Million Per Constituency" into a statutory fund to enhance funding for projects under the policy.

Mr Danquah explained that the current form of funding, based on the generation of certificates to the Ministry of Finance for payment had led to a system of using new funds for projects initiated in previous years and could not be completed within a year, due to the long and bureaucratic processes the projects went through before they began.

He, therefore, appealed to Parliament to act expeditiously on the bill when presented to the House.

“When we make the '$1 Million Per Constituency' a statutory fund like the Ghana Educational Trust (GETFund) and the District Assemblies Common Fund, even if there is arrears, they would be used to pay projects that we have already done, and not to use future funds to pay for old projects," Mr Danquah indicated.

He added that the MDA needed more funds to undertake the numerous projects various communities were demanding.

The CEO of MDA urged all communities to remain calm, giving an assurance that every community would have its share of the cake based on funds available.