What is the urologist concerned about? 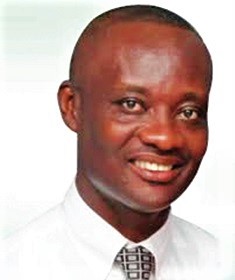 I am a 60-year-old man. I noticed changes in my urine pattern about a month ago. I began waking up more frequently in the middle of the night to urinate, which was obviously disrupting my sleep. The force with which urine normally flows has also been reduced.

When I need to urinate, I seem to use a little more force than usual. I knew my prostate could be the culprit after reading an article from the Ghana Association of Urological Surgeons manual, "Prostate Awareness Month," last year.

I spoke with a friend who introduced me to this drug, which is intended to improve the health of my prostate and increase urine flow.

To my surprise, two days later, all of my symptoms had improved. This is truly a wonder drug, in my opinion. I went to see one of my secondary school friends, who told me that he had a catheter fixed in his male organ a few days ago because his urine flow was so bad that it was coming in drops.

The doctor stated that he suspected his prostate was the source of the problem and had ordered several tests. I told him about my problem and the miracle drug.

He agreed to try it out. We had his catheter removed by the promoter of this drug after a few doses of the drug. To my surprise, my friend can urinate, albeit with some difficulty. Everything will be back to normal in no time, I believe.

He has never stopped being thankful. He calls at least once a week to express his gratitude. 'What is the point of having friends?' I always tell him. Friends, according to the Bible, are for times of adversity.

I'm glad to hear you have been reading health-related articles. If you keep reading, you will never get it wrong. When it comes to prostate diseases, there is more going on in the body than the eyes can see.

To name a few examples, when a prostate patient comes in, the urologist looks for not only the impact of the symptoms on the person's life but also how close the disease has gotten to compromising the function of his bladder, kidneys or both.

The kidney, as we all know, produces urine. Urine is temporarily stored in the bladder before being emptied by passing through the prostate. This works as a system. Failure of one will eventually have an impact on the other.

So, what happens if the bladder is not adequately emptied?

I hope I don't have to mention the unfortunate, life-threatening problem of kidney failure in Ghana and around the world. (This entails multiple weekly dialysis sessions and, possibly, a costly kidney transplant.)

For this reason, every urologist wants to know, among other things, how much urine remains after his patient has urinated. This is a guide for him to see how close the condition has gotten to affecting his bladder or kidneys. (hydronephrosis.)

In your friend's case, I'm sure the urologist noticed that his bladder and, most likely, kidneys were compromised, so the catheter was to allow these organs to recover some function simply by resting from their daily work.

Not everyone who has a catheter inserted cannot urinate. In your case, keep in mind that your improved symptoms do not rule out the possibility of hydronephrosis.

So, Sir, while I am glad your symptoms have improved, the party cannot begin until I know, among other things, how much urine remains after you have urinated. This question can be answered with a simple investigation, such as a urological scan.

Secondly, there is prostate cancer, which no one wants to talk about, although it is still the most common cancer in men.

It is not out of the question for either of you too. For your information, prostate cancer can occur without any symptoms. How many people will go to the hospital even if they are not sick? Only a few! 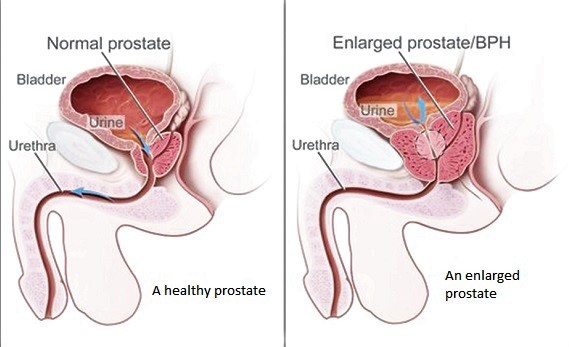 Adult males with a family history of prostate cancer (father, uncle or brother who had prostate cancer) should begin yearly prostate screening at the age of 40. Few people comply.

Having urinary symptoms as you have can be a great opportunity to see a urologist who will thoroughly examine you to determine which type of prostate disease you have and rule out prostate cancer.

Prostate cancer must be ruled out in all cases of adult male prostate diseases. I hope you do not want to meet your friend years later after he has been diagnosed with advanced incurable prostate cancer and told that if he had reported it sooner, he could have been cured.

So you and your friend aren't out of the woods yet until your prostate is manually examined and a PSA blood test is performed to determine whether further investigation is required.

Take careful note of what you and your friend did. You began treatment before receiving a diagnosis. You are interpreting the resolution of your symptoms as proof of a cure.

I hope you agree with me that taking paracetamol when you have malaria may relieve your headaches and fever but it does not mean your malaria is gone. You have simply postponed the disease until another day, which will undoubtedly come.

The wise King Solomon once said, "There is nothing new under the sun." You are not the only person who has ever promoted drugs among friends because it appeared to help you.

It's all over the place. People are always looking for the easiest way out. They say that shortcuts are always dangerous.

In Europe, a urological association called for the prohibition and sale of these drugs, ostensibly to improve prostate health. This is because they give false hope to innocent patients while masking prostate cancer and other prostate diseases that could be cured if detected early.

Sir, when was the last time you saw your urologist? Let me finish my argument. Continue to read. They say that knowledge is power.

The writer is a consultant Urologist, Kumasi South Hospital. Email: This email address is being protected from spambots. You need JavaScript enabled to view it.