Rich or not Tuberculosis can affect everyone 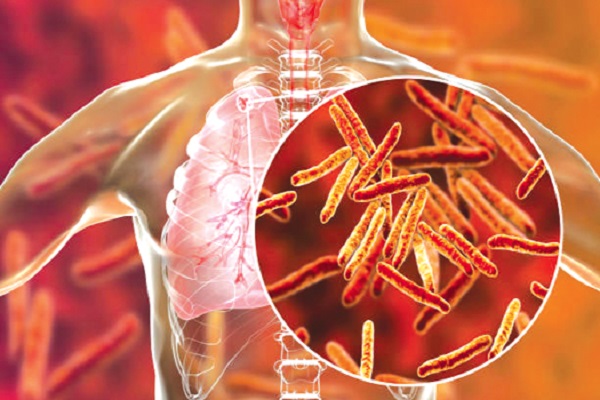 TB can infect most organs of the body, but the most common organ infected is the lung
30.5k Shares

In places, where Tuberculosis (TB) is very prevalent, the chance is that many people have tuberculosis without actually knowing.

The main causative organism of TB is Mycobacterium tuberculosis, which is a bacterium.

These TB causing organisms are also known as tubercle bacilli, because they cause tubercles, and also acid-fast bacilli because when stained with certain dyes and examined under the microscope, they appear red, due to their peculiar ability to retain that dye after being washed with acid and alcohol.

TB can infect most organs of the body, but the most common organ infected is the lung.

The TB of the lung is called Pulmonary TB (PTB) while those affecting other organs of the body is called Extrapulmonary TB (EPTB).

We will be limited to the former herein.

PTB is transmitted from person to person when the infected person coughs, sneezes, laughs and even sings.

A single cough can release up to 3000 infectious particles called droplet nuclei, which can remain suspended in the air for a long period and still be infective.

The risk of TB is highest in PTB with the test of their sputum yielding the bacilli.

Hence, it is lower in PTB with sputum smear-negative and in EPTB.

Though, malnutrition and tuberculosis have direct relationships because malnutrition leads to weakening of immune response which in essence increases an individual susceptibility to infections making TB to be regarded as the disease of the poor people, but it is misleading to believe that rich people cannot have the disease.

At the same time, the risk of the droplet nuclei causing TB disease, when inhaled by an uninfected person, depends on their concentration in the air and the length of time that uninfected person breathes that contaminated air.

From the foregoing, it means that the risk of an uninfected person developing TB disease depends on how well aerated the place is and how long the person stayed in that place.

An example, of such poorly ventilated place where the droplet nuclei can have a high concentration in the ambient air is inside an airconditioned room or car, where the windows are perpetually closed, such that the air in that enclosure is severally circulated by the air-condition system.

This can be put in better perspective by imagining, the driver of a “big man” having TB and he persistently coughs as he drives the man in an airconditioned car.

In this instance, the concentration of the droplet nuclei, in the air, will soon reach a level at which the “big man” will become susceptible to developing TB as well.

Especially, if he is exposed to the contaminated air in the car for a long time as the car is poorly aerated.

This applies also to when TB infected person boards the same airconditioned public buses like the BRT with others or when a domestic worker infected with TB works in an airconditioned home with his or her employers.

But TB infection and TB disease are not the same.

But the vast majority (90 per cent) of people, will remain symptomless for a very long time and even throughout their lifetime meaning they only have a latent TB infection.

This is because in most cases the multiplication of the bacilli would be halted by the immune response.

But a few dormant bacilli may still persist.

And in cases where the immune response is not able to stop this multiplication of the bacilli, that is when TB disease occurs.

In conclusion, it will be misleading, for anyone to believe that TB is a disease of the poor.

So, anybody seen coughing should be lectured on how to cover each bout of his or her cough with a disposable tissue (not reusable handkerchief!) or better still make use of facemask, rather than the often said “sorry”, when he or she coughs or sneezes.

However, if such coughs persist for more than two weeks, with or without treatment, such people should go to the nearest hospital, where either a GeneXpert or sputum AFB test can be done, to rule out TB.

Also, the use of facemasks, as taught to us by COVID-19, should be perpetuated by all to prevent the spread of respiratory diseases.

The writer is a Public Health expert