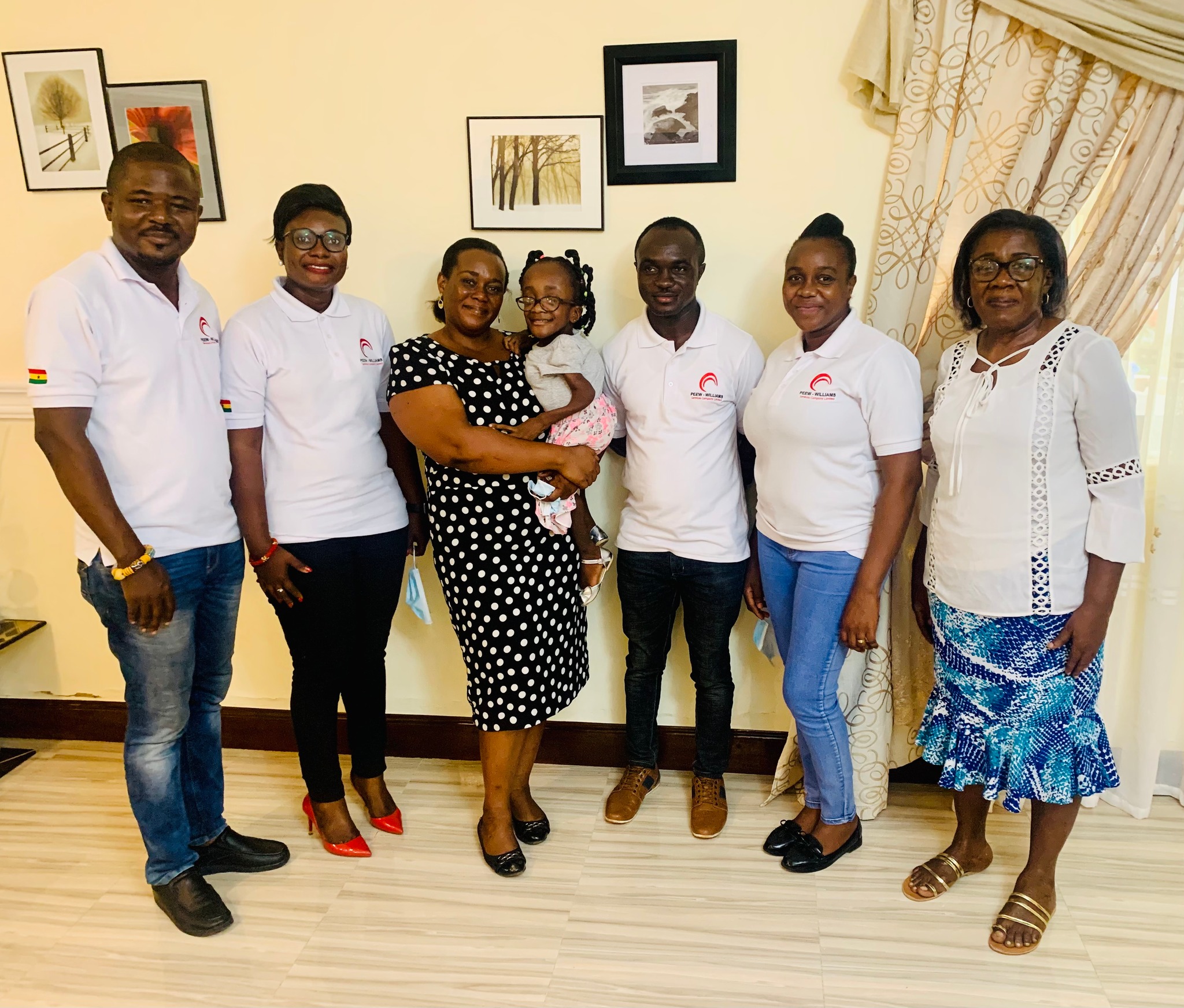 The company, which installs, services and maintains Process Instruments, Analyzers and Control Systems and runs an accredited Bosch Power Tools Service and Distribution Centre, was led by Mr Edward Kwei Williams, the Executive Director of the company to present the cash donation and a Christmas hamper.

According to the Executive Director, the gesture formed part of his company’s Corporate Social Responsibilities (CSR). He added that his outfit was touched by the story of the Foundation’s 10-year old Ambassador, Ayeyi Yiadom-Boakye.

Mr Williams commended Ayeyi’s mother for not giving up on her daughter even when she was advised by doctors and also for creating a Foundation to support other kids living with similar conditions in Ghana.

He added that as Christmas signifies a season of giving, they wanted to put a smile on the face of Ayeyi and others living with OI, hence, the show of love and support to them.

Madam Justina Yiadom-Boakye, the mother of Ayeyi and Founder of OIF Ghana, expressed the Foundation’s gratitude to the company for reaching out to them and wished them well in their business.

She explained that people living with OI have brittle bones and endure multiple fractures and pain from birth. She encouraged children with similar conditions to put up a strong spirit like Ayeyi who does not let her condition define her despite the pain she goes through.

Osteogenesis Imperfecta or OI is a condition caused by a defect in the gene that produces type 1 collagen, a protein essential in bone creation.

One in 20,000 babies worldwide are affected and cases range from mild to severe.