No cholera in Accra - GHS 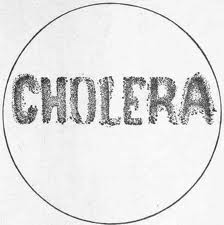 The Greater Accra Region, the hotbed of cholera outbreaks in Ghana, has not recorded any case of the disease since the outset of the rains, the Regional Health Directorate has revealed.

The Regional Director of Health, Dr Charity Sarpong, said in an interview that it was due to a number of measures that had been put in place over the years.

The measures, she said, included education and awareness creation at the community and district levels on the need to wash hands regularly and also keep surroundings clean.

She said although the region was noted as a hotspot for cholera, especially during the rainy season, it was yet to record any cholera case even though the rains had set in.

Cholera, a bacterial disease causing severe diarrhoea and dehydration, has killed hundreds of people over the years in the Greater Accra Region.

It is usually spread in water and could be fatal, if not treated right away.

Key symptoms are diarrhoea leading to dehydration. Rarely, shock and seizures may occur in severe cases.

Between 2014 and 2015, Ghana experienced one of its worse cholera outbreaks.

By the end of January 2015, when the outbreak was contained, over 28,000 cases with 243 deaths had been recorded in all the then 10 regions of the country.

The Greater Accra Region was the worst affected, recording almost 98 per cent of all the cases.

Dr Sarpong stated that over the years, poor sanitation, open defecation, and the lack of safe drinking water were some of the risk factors that predisposed communities and people to the outbreaks.

She said community sensitisation to the risk factors had helped to contain the possible outbreak in the region, while the GHS had integrated disease surveillance response into its system to be able to pick diseases that could create epidemic for quick response.

Dr Sarpong called on the public to continue to practise good hygiene protocols such as hand washing, keeping houses and surroundings clean, eating hot foods, among others.

She also called on stakeholders, including the media, to help in educating the communities so that they would be aware of the need to keep cholera at bay.

She said through all these, the GHS was also strengthening early detection and rapid response systems in tackling cholera while hospitals had been adequately prepared to handle cholera cases to prevent an outbreak.