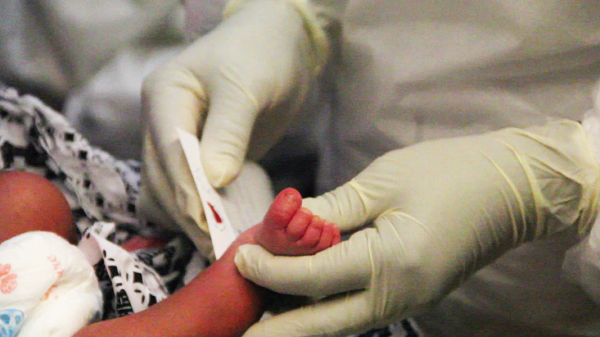 Free newborn screening for sickle cell disease has been launched at the 37 Military and the Greater Accra Regional (Ridge) Hospitals.

The screening is an initiative of the Sickle Cell Foundation of Ghana (SCFG) being implemented in collaboration with the American Society of Haematology (ASH).

It will be funded from the Consortium on Newborn Screening in Africa for Sickle Cell Disease of ASH.

It is aimed at screening more than 10,000 babies at the facilities annually to improve the health outcomes for infants with sickle cell.

The move also forms part of efforts to expand the National Newborn Screening Programme for Sickle Cell Disease (NNSPSCD), which is ensuring that persons diagnosed with the disease received appropriate health care, including counselling and clinical treatment.

Speaking at the virtual launch of the programme last Tuesday, the President of the foundation, Professor Kwaku Ohene-Frempong, said newborn screening was a public health intervention aimed at the early diagnosis to facilitate early and timely interventions.

That, he said, could reduce associated mortality, morbidity and disabilities.

He said that out of the about 450,000 babies born with sickle cell worldwide every year, 75 to 80 per cent were born in sub-Sahara Africa.

He said 50 to 90 per cent of such babies ended up losing their lives due to lack of proper care.

In Ghana, it is estimated that 15,000 babies are born with the condition every year, representing two per cent of the country’s total annual births.

“Many a time, children born with the disease do not show any symptoms in the first few months of their lives and in a year time, many of them pass away without their parents being aware that sickle cell disease killed their children,” he said.

In light of this, Prof. Ohene-Frempong said it was imperative to expand the screening programme to every part of the country to mitigate the situation.

“In a few months, we will also extend newborn screening to all the regional hospitals where there is no screening. This is coming through the generosity of the Bill and Melinda Gates Foundation through the Clinton Health Access Initiative,” he added.

The Member of Parliament (MP) for Ellembelle, Mr Emmanuel Armah Kofi Buah, shared his experience as a parent of a child with sickle cell and admonished Ghanaians to join the initiative to make the objective of attaining a nationwide coverage a reality.

He reiterated that early screening and management of his daughter’s condition was “a helpful intervention.”

As a four-time MP, the legislator pledged to use his voice in Parliament to promote the cause of the initiative.

The Medical Director of the Greater Accra Regional Hospital, Dr Emmanuel Srofenyoh, expressed gratitude to the SCFG and ASH for extending the programme to the facility.

He said he was convinced that the hospital was well-positioned to take advantage of the intervention and pledged his commitment to the success of the programme.