The Mental Health Authority (MHA) has launched its call centre in Accra to provide free psychosocial support for persons who need advice on mental health.

The Chief Executive of the MHA, Professor Akwasi Osei, said with the upsurge of suicide in 2017, the authority decided to come up with the idea to help persons who needed advice and counselling on mental health. It will also help to reduce the number of persons who commit suicide.

"For five good years, we have been having consultations with the telecommunications providers and they eventually agreed to the idea with a reduced cost," he said.

He expressed the hope that the call centre would save lives and reduce the rate of suicide in the country.

The Board Chairperson of the MHA, Estelle Matilda Appiah, who launched the centre, said the initiative was a relief as lives would now be saved through psychosocial support.

"The vulnerable will not have to battle alone with mental issues, but will be able to conveniently off-load stress to the people who have the expertise to help them through their challenges on the other end of the phone," she said. 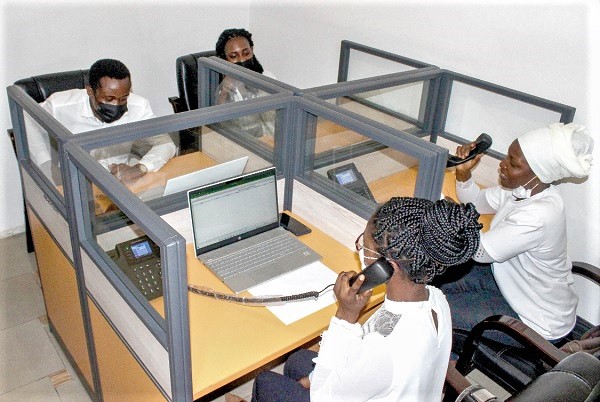 She added that it was the authority's expectation that the initiative would be considered as a national resource and that people would seek to contribute to the long term sustenance of the call centre.

"Once in a while, each of us may experience some form of mental disorder and it is on these occasions that this resource will be available to everyone to help deal with whatever condition the vulnerable may face," she said.

The Head of Communications of MHA, Kwaku Brobbey, said the call centre was one of the MHA’s most important initiatives as it would require the support of all and sundry to ensure its growth and sustenance.

“With this, we can be assured that thousands of lives will be saved every year," he said.

The Head of the Psychology Department of the University of Ghana Medical School, Prof. Angela Ofori-Atta, said the support system in charge of the call centre, Psych corps, consisted of individuals who had been well-trained and were well-versed in psychology and willing to assist individuals who needed help.