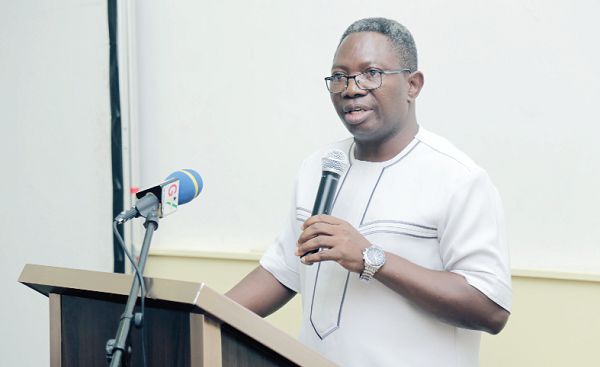 The Ghana AIDS Commission has expressed worry over the increasing prevalence of HIV among adolescents.

Speaking to the Daily Graphic, the Director-General of the commission, Mr Kyeremeh Atuahene, said the indication was that those young persons were being infected by older persons.

“Raising awareness among this age group has become critical because our analysis indicate that these young people are not being infected by their peers but older persons, giving an indication of inter-generational sex,” he said.

Mr Atuahene said the commission, with support from its partners, was intensifying education and sensitisation among the youth to empower them to make informed decisions regarding their sexual lives.

He appealed to the media to use their wide reach to advance the sharing of accurate educational information with the public to help reduce stigma and new infections and encourage behaviour change.

“If this trend, is allowed to continue, 200,000 more newly infected Ghanaians will be added to the HIV population over the next 10 years,” the Director-General said.

However, Mr Atuahene said the commission was more than determined to end the epidemic as a public health threat.

He said achieving the 90-90-90 HIV national and global targets was possible but added that it was a shared responsibility.

He, therefore, called on the general public to apply caution with their sexual lives by either sticking to one partner or avoiding unprotected sex with non-partners or people whose status  they were not sure of.

“We emphasise on sex because HIV is basically a sexually transmitted disease and other contributory factors for transmission is negligible,” he said.

Viral suppression is when a person’s viral load – or the amount of virus in an HIV-positive person’s blood - is reduced to an undetectable level.

That, Mr Atuahene said, meant the virus would be present in the body but could not be shared.

However, he warned that once a break occurs in the taking of medication, the virus would become active again, multiply quickly and make the infected person sick and might cause death.

He said the National and Sub-National HIV Estimates and Projections were done yearly to generate HIV data on prevalence and the population of persons living with HIV (PLHIV), among others, for purposes of planning, management of national programmes and global reporting.

He added that HIV had no cure but there was a scientifically proven therapy to suppress the virus, which is the anti-retroviral (ART) that worked when taken diligently.

Adding to the concerns of the Ghana Aids Commission, the United Nations Populations Fund (UNFPA) and the National Population Council (NPC) have also maintained that adolescents and the youth should be consistently empowered with information on sexual reproductive health to enable them to protect themselves from the ramifications such as sexually transmitted diseases, unwanted pregnancies and unsafe abortions.

The Country Representative of the UNFPA, Mr Niyi Ojuolape, said considering the fact that the country had a youthful population, such empowerment was needed to harness the country’s economic potentials to enhance development.

He said if the youth were not having unwanted babies, not infecting themselves with sexually transmitted diseases, and avoid unwanted pregnancies and unsafe abortions, they would be in a better position to maximise their potentials and contribute to national and global development.

“They need to have access to information and family planning commodities such as condoms to be able to do that,” he said.

The  Executive Director of the NPC, Dr Leticia Appiah, said although stakeholders believed in, and were preaching abstinence, it was obvious that many of the youth and adolescents were sexually active and vulnerable.

“We can deceive ourselves and keep pretending as though our young persons are abstaining, but the truth is that they are having sexual intercourse and we need to protect them from the ramifications of such activities,” she said.

Based on that, she said, it was important that education was intensified, as well as access to family planning commodities such as condoms.

“The NPC and its partners are committed to safeguarding the hard-fought gains and ensuring that Sexual Reproductive Health Rights and services stay on the local agenda to enlist societal and political will in maintaining the momentum towards achieving the SDGs by 2030 and develop Ghana beyond Aid,” she said.