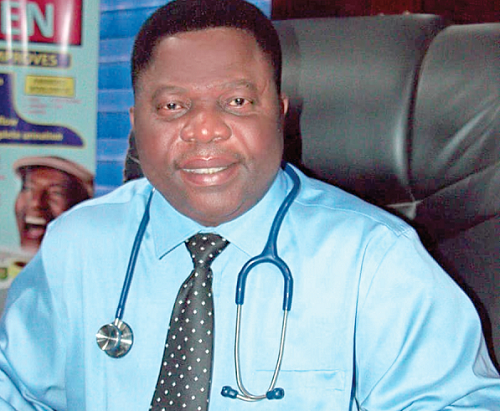 Information about the characteristics of variants of the COVID-19 disease is rapidly emerging. Scientists are working to learn more about how easily they spread, whether they could cause more severe illness and whether authorised vaccines will protect people against them.

At other times, they emerge and persist. Multiple variants of the virus that causes COVID-19 have been documented in the United States and other developed countries.

The virus that causes COVID-19 is a type of coronavirus, a large family of viruses. Coronaviruses are named for the crown-like spikes on their surfaces.

Scientists monitor changes in the virus, including changes to the spikes on the surface of the virus.

These studies, including genetic analyses of the virus, are helping scientists understand how changes might affect the spread and what happens to people when infected.

The United Kingdom (UK) identified a variant called B.1.1.7 with a large number of mutations in the fall of 2020.

This variant spreads more easily and quickly than other variants. In January 2021, experts in the UK reported that this variant might be associated with an increased risk of death compared to other variant viruses, but more studies were needed to confirm that finding.

It has since been detected in many countries around the world. This variant was first detected in the US at the end of December 2020.

Cases caused by this variant were reported in the US at the end of January 2021. On February 12, 2021, the CDC reported that that particular variant was 70 times more easily transmissible and more vicious than the previous one.

Its mechanism of attack and points of entry into the body were beyond human understanding. Does it enter only through the nose, mouth and eyes?

Or is there another possible route of transmission through the skin? Scientists all around the world are still debating and learning since this virus is quite new.

This South African variant is alleged to outsmart our immune system, rendering it useless to defend the human body.

It survives under all weather conditions. All new vaccines produced by Moderna, Pfizer, Russian Sputnik, China and Astra Zeneca seem not to work against it.

Johnson and Johnson vaccine is still being monitored to see if it has any efficacy against this variant.

In Brazil, a variant called P.1 emerged that was first identified in travellers from Brazil who were tested during routine screening at an airport in Japan in early January. This variant contains a set of additional mutations that may affect its ability to be recognised by antibodies. This variant was first detected in the US at the end of January 2021.

These variants seem to spread more easily and quickly than other variants, which may lead to more cases of COVID-19. An increase in the number of cases will put more strain on healthcare resources, lead to more hospitalisations and potentially more deaths.

So far, studies suggest that antibodies generated through vaccination with currently authorised vaccines recognise these variants. This is being closely investigated and more studies are underway.

Rigorous and increased compliance with public health mitigation strategies such as vaccination, physical distancing, use of masks, hand hygiene, isolation and quarantine is essential to limit the spread of the virus that causes COVID-19 and protect public health.

What we do not know

More studies are needed to understand:

How widely these new variants have spread; and how these variants may affect existing therapies, vaccines and tests.

The Centre for Disease Control (CDC), in collaboration with other public health agencies, is monitoring the situation closely.

CDC is working to monitor the spread of identified variants, characterise emerging viral variants and expand its ability to find new SARS-CoV-2 variants.

The CDC is collaborating with Environmental Protection Agency (EPA) on whether disinfectants on the EPA’s list can inactivate these variants.

The writer is a pharmacognosist, Chief Medical Officer and CEO of the Medi Moses Group of Companies