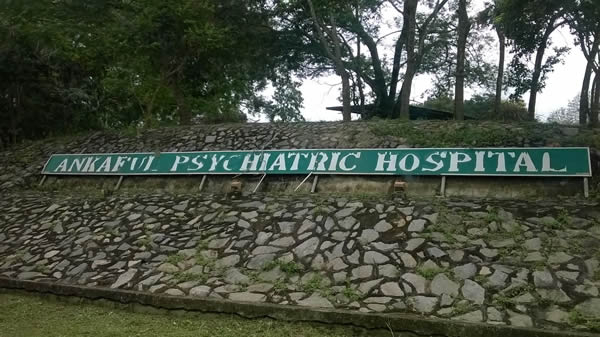 The Acting Clinical Coordinator at the Ankaful Psychiatric Hospital, Dr. Alex Vico-Korda, has called on the government and relevant stakeholders to create psychiatric wings in the various hospitals to make mental health accessible to many more people.

He explained that most individuals declined seeking help for their disorders at the various psychiatric facilities due to concerns of being stigmatised for their condition and resorted to totally neglecting the situation.

Dr. Vico-Korda said the psychiatric wings, when integrated into the general healthcare system, would pave way for people to access mental healthcare services without fear of being stigmatised, “since the person would walk in just as any other person going to seek health care at the hospital.”

“The stigma, prejudice and discrimination against people with mental illness is still very much a problem and when people are seen accessing these specialised facilities, they are tagged as being mad in our part of the world and so, they completely ignore their condition,” he explained.

Dr. Vico-Korda was speaking at a symposium organised by the Community Psychiatric Unit of the Cape Coast Teaching Hospital (CCTH) to sensitise and educate individuals on how to enhance their mental health and the need to prevent stigmatisation of the mentally ill in a growing population in Cape Coast.

He said the stigma around mental illness was still an issue in some communities in the country and could be a major barrier to people from those cultures to access mental health services, if prompt measures were not put in place.

The Chief Executive of the CCTH, Dr. Eric Kofi Ngyedu, said the hospital was ready to institute measures to support the national agenda of improving mental health.

He said the first of such measures was the establishment of the Community Psychiatric Unit at the hospital, which was steadily providing such services to the public.

Dr. Ngyedu said plans were underway to equip the new unit with the necessary logistics to assist the fight against mental health.

“The unit is currently functioning and is contributing to the total health care and we have been able to extend our services to over 80 patients,” he said

Dr. Ngyedu revealed that the hospital was currently making plans to have a rehabilitation centre to provide counselling and treatment for patients battling with addictions.

The Director of Nursing Services at the CCTH, Ms. Sophia Blankson, urged nurses to strive to uphold the values of the profession by conducting themselves professionally at their various stations, especially in relation to dealing with patients with challenges.

“Acknowledge the purpose of your profession and discharge your duties diligently,” she told the nurses.