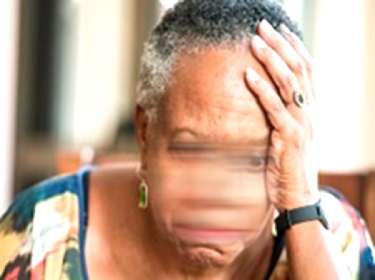 It is commemorated on September 21 each year because it was first launched in Edinburg, Scotland of the United Kingdom (UK) on that date in 1994.

This year, the theme for WAD, “Know dementia, know Alzheimer's,” is the same as the 2021 theme, but with special focus on post-diagnosis support for people living with the condition.

The WAD’s main purpose is to create awareness of the Alzheimer’s disease and to enable people worldwide understand dementia, its negative effects on people, its warning signs and how to support dementia patients, and not to stigmatise them.

In 1906, a German Psychiatrist and Neuropathologist by name Dr Alois Alzheimer first described “a peculiar disease” relating to profound memory loss through observation of microscopic brain changes in the medical records of Auguste Deter, a 50-year-old female German patient who was then at Frankfurt Asylum.

She had profound memory loss, obsessions, unfounded suspicions about her family and other worsening psychological changes.

Mrs Deter died in April 1906, and later that year, Dr Alzheimer studied her medical and brain reports in the laboratory and concluded that Mrs Deter suffered a dementia, which is now known as Alzheimer’s Disease. Many people did not take Dr Alzheimer’s discovery seriously from the beginning, however.

In view of the foregoing reason, Dr Emil Kraepelin, who was Dr Alzheimer’s colleague named the disease as Alzheimer’s disease.

Much later in 1984, an organisation called Alzheimer Disease International (ADI) was formed as the global voice on dementia.

The ADI on its 10th anniversary in 1994, announced the inaugural World Alzheimer's Day and set aside September 21 every year for it.

However, World Alzheimer’s month was not globally recognised until 2012.

Dementia is an umbrella term that relates to various symptoms caused by disorders affecting the brain and having negative cascading effects on memory, thinking, behaviour and emotion.

It is a neurodegenerative disease that deteriorates memory and cognitive abilities. Without expeditious care and attention, an individual with dementia can behave differently with time and most dementia patients face concentration troubles and withdraw themselves socially from people. The self-isolation can lead to suicidal deaths.

Alzheimer's disease is the most common cause of dementia affecting about 60 per cent of people worldwide leading to memory loss and other serious cognitive inabilities that interfere with daily life.

In Ghana, Akans refer to dementia and for that matter Alzheimer's disease as “adwenemuka” or “awirefieyareɛ”. Other types of dementia are fronto-temporal, vascular and Lewy body dementia.

Among the aged, the disease progressively causes brain cell deterioration.

Apart from age, other factors that predispose an individual to Alzheimer’s disease are family history, stroke, diabetes and brain injury.

Symptomatically, a person suffering from Alzheimer’s disease exhibits memory loss, loss of sovereignty of thought and understanding, difficulty in performing certain routine tasks, as well as personality and mood swings.

The behavioural changes usually include but are not limited to sleeplessness, wandering and agitation.

Mostly, therefore, dementia patients are unable to care for themselves, hence they need societal and family supports in their daily lives.

Therefore, stigma and discrimination are inimical to fighting the disease.

To this end, I dare think aloud that some of the old people who are thrown into witches’ camps in Gambaga and other places in Ghana might be suffering from Alzheimer’s disease, somnambulism or other mental health conditions.

This is why the government and all stakeholders must consciously raise awareness and highlight issues faced by people affected by dementia and discourage the witch camp practice, especially on September 21 every year.

Sadly, two out of every three people globally believe that there is little or no understanding of dementia in their countries.

Could the declaration of the aged, especially women, as witches in Ghana be attributable to this empirical evidence?

Undoubtedly, the World Alzheimer’s Day commemorations since 1994 has been impactful. However, stigmatisation of people living with dementia has been thwarting the global fight against the disease.

To this end, multisectoral and multinational collaborations on the altar of sharing best practices are essential to fighting the disease.

The world health organisation (WHO) and ADI estimate that over 50 million people worldwide suffer from dementia currently.

By 2050, the number may triple to 152 million people. Dementia is more endemic in middle-income countries than in developed countries, and most dementias have no cure. They are only managed with various medications.

As part of the dementia fight, WHO launched a web-based platform called Global Dementia Observatory (GDO), which is used to track progress of services provided to dementia patients in member states.

The platform also monitors public policy implementation in this regard, risk reduction measures and infrastructure for providing care and treatment.

A cursory look at the GDO platform shows that Ghana is not yet reporting dementia data to WHO on that platform.

According to WHO, annual global cost of treating dementia is about $818 billion, and this covers direct medical costs, social care and loss of income of caregivers. This cost may increase to $2 trillion by 2030, according to WHO.

Most people are susceptible to Alzheimer’s disease. Treating the disease is costly so the fight against it must be a shared responsibility.

Stigmatisation must be eschewed if the fight against the disease must be sustainable.

The WHO’s Director-General, Tedros Adhanom Ghebreyesus asserted: “We must pay greater attention to this growing challenge and ensure that all people living with dementia, wherever they live, get the care that they need.”

The writer is a health service administrator. Email: This email address is being protected from spambots. You need JavaScript enabled to view it.