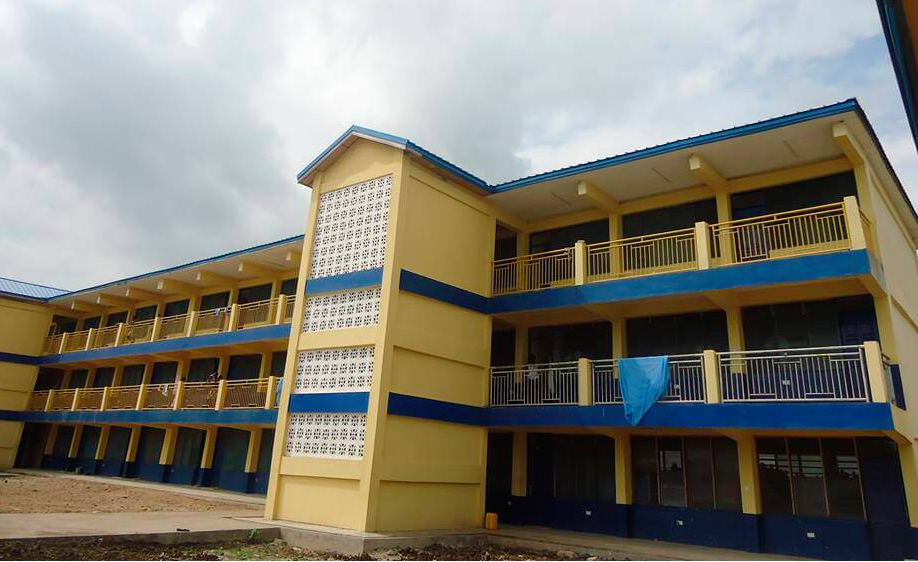 One of the blocks of Akuse Senior High School

Some students of the Akuse Methodist Senior High Technical School (AMEST) in the Eastern Region have contracted three different viral infections, a situation that calls for immediate high-level attention to contain.

So far, 19 students of the school, which is in the Lower Manya Krobo Municipality, have tested positive for avian flu (H1N1); COVID-19 (SARS-CoV-2) and Human Coronavirus (Hcov-229E), including nine of them having co-infections (HCoV-229E +H1N1).

The National Outbreak Investigation Team, made up of nine epidemiologists from the Ghana Health Service in Accra, which is investigating the outbreak, said the situation was very serious because not only had students in the school contracted the disease, but it was spreading to the Akuse community and beyond because of the large number of day students in the school.

The team revealed this last Friday at a stakeholders meeting at the Lower Manya Krobo Municipal Assembly at Odumase-Krobo after two weeks of investigation in the school.

On July 3, 2021, the National Outbreak Investigation Team came from the GHS to carry out investigation.

In all, 39 samples were collected with 19 testing positive for the three viruses.

Sharing the outcome of the investigations of the multiple outbreak of the influenza with the stakeholders at the assembly, the leader of the nine-member epidemiologists, Mr Anthony Baffour Appiah, said per their investigations as of July 14, 2021, the overall positivity rate out of 39 samples was 69.2 per cent (27 out of 39).

He said the objective of the team’s investigation was to determine the magnitude of the outbreaks, identify the source of the infections and assess behavioural risk factors among the students.

The investigators will also implement control and preventive measures, and make recommendations to stop the spread.

Mr Appiah said although five hand hygiene facilities were available at the school, only two were functional at the administrative block and the staff common room.

Regular cleaning and disinfection systems were not put in place and over 30 per cent ceiling fans were not functioning in the boys’ dormitory alone.

The others were lack of medication in the school’s infirmary for case patients and warned that 80 per cent of the students who did not use face masks at the dining hall and other social gatherings were likely to be infected.

The team identified overcrowding in the classrooms, dormitories, and the kitchen.

The investigators also found poor toilet facilities, animals loitering in the school, a refuse dump and stagnant water behind one of the dormitories.

The leader of the team said they had sensitised the students and staff to respiratory infections and that there would be regular monitoring of cases under isolation and quarantine.

The team had also advised the school management to provide enough hand washing facilities, equipped with liquid soap, tissue paper and bins to be positioned at vantage points.

There should be effective provision for isolation and quarantine of cases and primary contacts protocol should be adhered to.

The team recommended that the Lower Manya Krobo Municipal Health Management Team should conduct enhanced sample collection of all students in classrooms with two or more confirmed cases, students sleeping in the immediate surroundings of a confirmed case, and students and staff with travel history within June to July.

The Municipal Chief Executive, Mr Simon Kweku Tetteh, in an interview with the Daily Graphic, said the assembly responded immediately and promptly by disinfecting the school during the outbreak to curb the situation.

He said the ongoing school projects, including the classroom blocks and dormitories, would be completed to improve the health needs of the school.

The Assistant Headmaster in charge of Domestic, Mr Henry Teye Konor, who represented the school at the stakeholders meeting, enumerated challenges the school was facing, including sharing walls with the Zongo community, the carnal at Akuse rice farms and the lack of a wall between the school and the community which put the school at risk.

He appealed to the assembly and other stakeholders to ensure the school’s needs were provided.