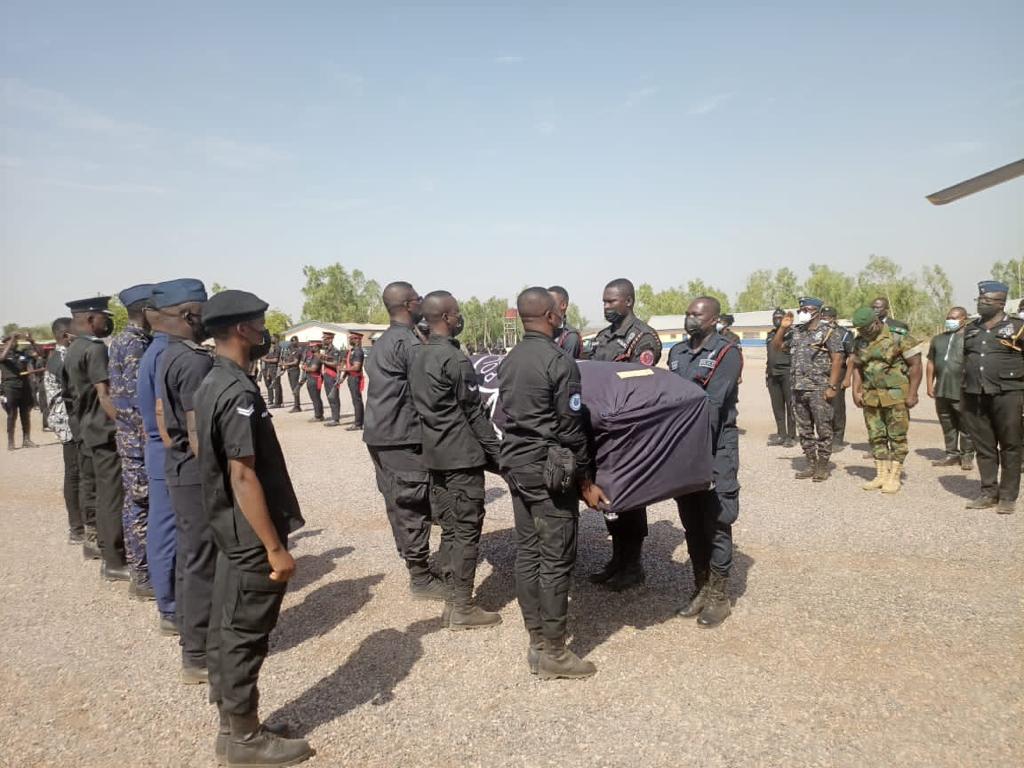 One of the suspects said to have killed two policemen in Zuarungu in the Upper East Region last week has been gunned down by the police.

The suspect, Laayaame Simon alias Yendu aged 34 years, was killed by the police through an intelliegence-led operation.

The police in a statement said a special Anti-Robbery squad, assisted by the Upper East Regional Police Command through an intelligence-led operation at Kpatia in the Talensi District gunned down Laayaame Simon.

According to the police, Simon was one of the three suspected armed robbers who "callously murdered" two Police officers at Zuarungu in the Upper East Region last week.

"A special targeted intelligence-led operation is being carried to get the rest of the suspects arrested. Details will be communicated in due time," the police statement added.

The two policemen, were said to be using a motorbike on patrol duties on Wednesday night (Dec 15, 2021) when they came across the robbery incident and the robbers killed them.

The robbers were said to be robbing a shop at the market square. Upon seeing the officers, the robbers opened fire.

The fuel tank of the patrol motorbike was hit and it reportedly caught fire and partially burnt one of the policemen to his death.

The other one was reportedly shot in the head.