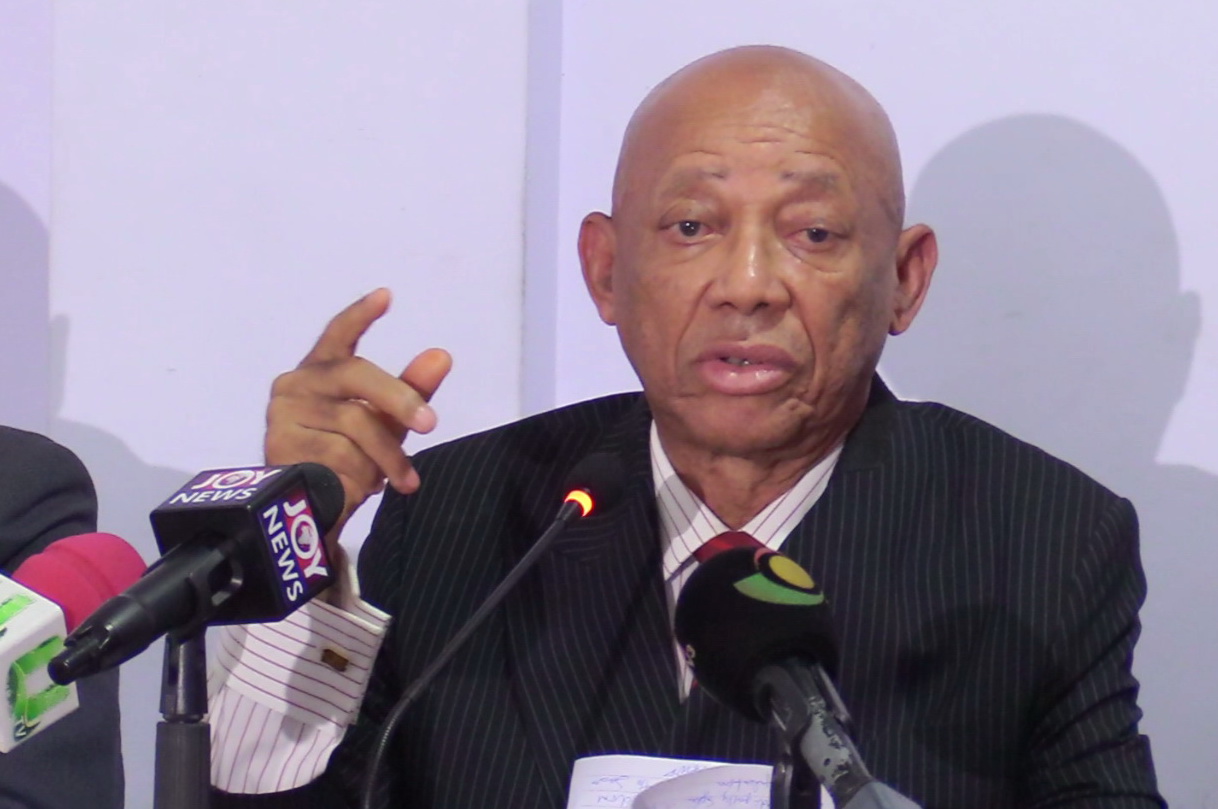 The former Chairperson of the Commission for Human Rights and Administrative Justice, (CHRAJ), Justice Francis Emile Short has reminded the government it won the 2016 election partly on the basis of promises to fight corruption.

However, he says the only meaningful act of the Nana Addo administration in fighting corruption so far, has been the passing of legislation for the establishment of the office of Special Prosecutor.

“What are we doing about the Freedom of Information Bill which has been there for decades? What are we doing about Assets Declaration, a law which is ineffective, it is a waste of time, because nobody knows who declares what and so grand corruption, in other words corruption at the highest level is being perpetrated with impunity. Because there is no way of checking whether public officers are complying with their obligation to declare their assets and liabilities.”

Justice Emile Short was speaking at the public release of the Ghana Afrobarometer Round 7 findings in Accra by the Center for Democratic Development (CDD-Ghana), on Tuesday.

The findings also showed widespread popular perceptions of corruption in both government and private-sector leadership, with the police and judges most widely seen as corrupt.

Public approval of the government’s efforts to combat corruption however increased dramatically since 2014, after more than a decade of decline.

He cautioned that the government and state institutions will have to take the fight against corruption more seriously, and not reduce required actions to just setting up the Office of Special Prosecutor.

Justice short said the efforts should include a massive sensitization of the public on the evils and cost of corruption and preventive interventions in order to reduce the occurrence and opportunities for corruption.

He said the same weak resolve to fight corruption applies in the case of political vigilantism, because instead of standard rules, different rules are applied in dealing with the infractions.

The police in particular, he said, are afraid to deal with criminal acts of political vigilantism because they are afraid of the repercussions.

“And that also goes back to the whole appointment process. I have for example, held the view that non-political positions in our institutions should not be made by the Head of State. I don’t see why for example, the President will have to appoint the IGP because that is what prevents the IGP and those under him (from) acting objectively when it comes to political violence.”

Justice short said the same format permeates appointments of heads of independent institutions where the president appoints in consultation with members of the Council of State, yet most of them are also appointed by the president anyway.

“And so we are ending up having very weak institutions… We must look at certain weaknesses in the way our institutions have been crafted because that is the only way we will address the root courses of the many problems that we have, whether it is vigilantism, whether it is corruption...”

Justice short maintained that in other jurisdictions where the rule of law applies, even presidents are subjected to corruption investigations but not so in Ghana. “In Ghana the rule of law does not apply”, he said.

“We must find ways of ensuring proper adherence of rule of law, and the citizens must rise up, we must see more peaceful demonstrations to get government’s attention to deal with some of the problems that we are having.”

Afrobarometer is a pan-African, non-partisan research network that conducts public attitude surveys on democracy, governance, economic conditions, and related issues across more than 35 countries in Africa. Six rounds of surveys were conducted between 1999 and 2015, and Round 7 surveys (2016/2018) are currently underway. Afrobarometer conducts face-to-face interviews in the language of the respondent’s choice with nationally representative samples.