Workers urged to vaccinate against COVID-19 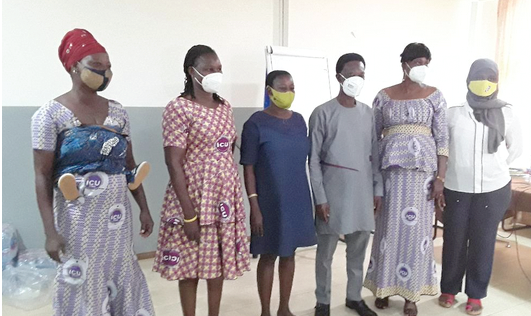 The acting General-Secretary of the Industrial and Commercial Workers Union (ICU), Ghana, Mr. Morgan Ayawine, has urged workers to patronise the ongoing vaccination exercise against the COVID-19 pandemic in the country.

He said “we must pay heed and take the national call to participate in the programme seriously to prevent ourselves against the intensity and agility of the new wave or variant of COVID-19 which portends more gloomy prospect for businesses and labour”.

Mr. Ayawine was speaking during a conference of the union in Bolgatanga in the Upper East Region.

The delegates deliberated on some issues that affected the growth and development of the ICU in the area.

Mr. Ayawine said during the first wave of COVID-19 in the country, 770,000 workers had their wages and salaries slashed while 42,000 workers lost their jobs with “devastating rippling financial effect".

“Just as we were hoping to recover from this shock after 2020, a second wave of the COVID-19 reared its ugly head at the beginning of 2021, which is still claiming lives, businesses and labour, with no end in sight,” he added.

According to Mr. Ayawine, many organisations, particularly the hospitality and tourism sectors, were operating at half capacity, while others had completely shut down resulting in sharp decline of socio-economic activities.

The Upper West Regional Industrial Relations Officer of the union, Mr. Agamu Rudolph, mentioned the banking reforms, decline in ICU membership, collapse of some micro finance companies and the negative impact of the COVID-19 pandemic as some of the challenges that affected the labour sector in 2020.

On vocational training, Mr. Rudolph said between 2017 and 2021, more than 1000 apprentices were trained in employable skills such as dressmaking, hairdressing and carpentry, among others.

He added that the regional executive of the union also visited all local unions where workers expressed their grievances to include victimisation, wrongful dismissals, alleged misconduct of leaders of some companies and resignations.