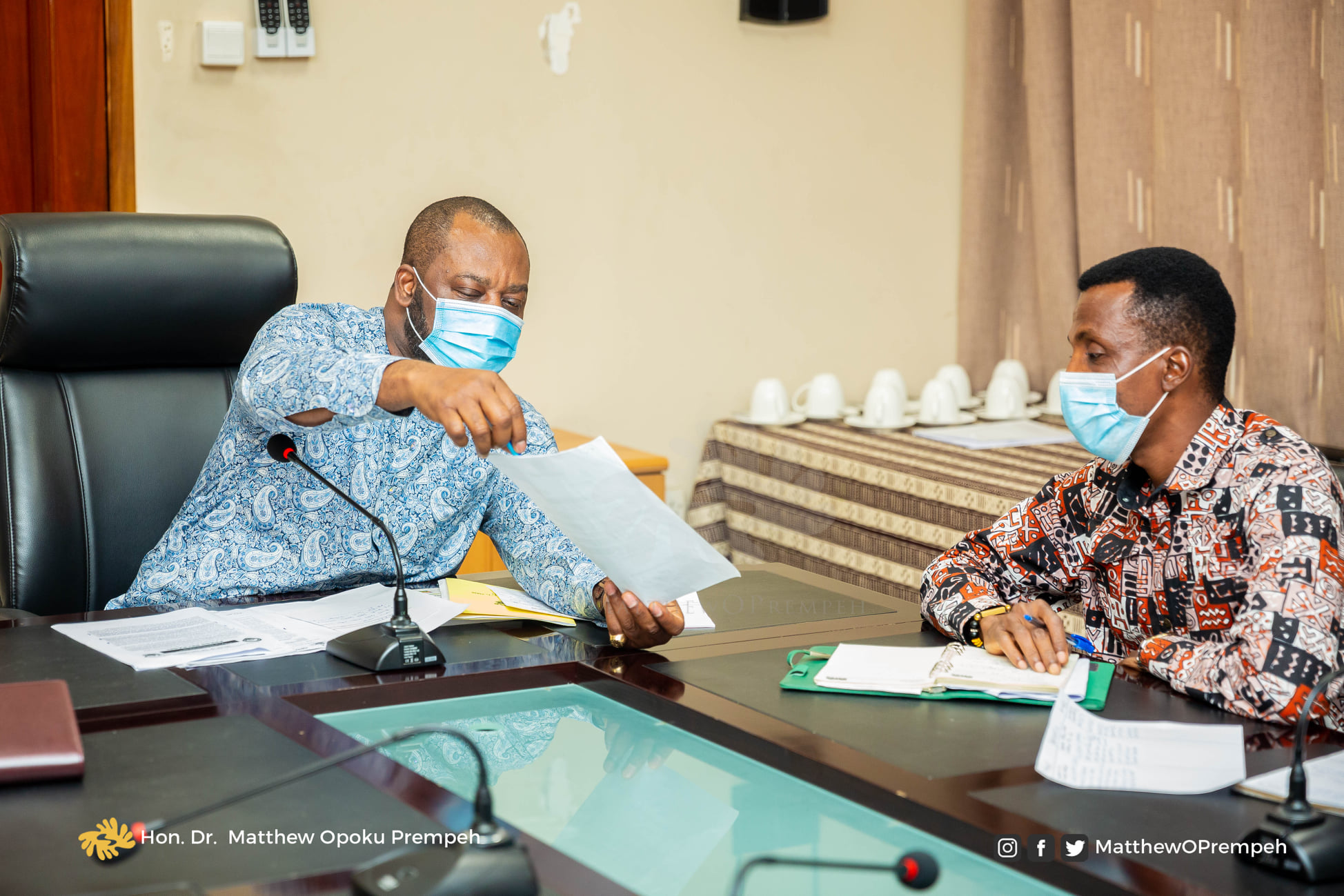 The Ministry of Education has explained that a recent meeting it held with private schools in Ghana was not aimed at facilitating the extension of the Free Senior High School programme to various private schools.

According to the Ministry, the meeting rather focused on discussions around post-COVID-19 challenges in the education sector and the way forward, the reopening of schools and the sustenance of the businesses of private schools.

The Ministry therefore said suggestions on social media that the Minister met with the private schools on how to facilitate the the extension of the free SHS to them should therefore be disregarded.

A press statement signed and issued by Press Secretary to the Minister of the Education, Rodney Nkruman-Boateng, said the Ministry has noted various posts on social media suggesting that meetings held between the Minister, Dr Matthew Opoku Prempeh and representatives of the private schools were aimed at facilitating the extension of the Free Senior High School programme to various private schools following the NDC manifesto promise to do so if voted into power in Decemeber 2020.

For the avoidance of doubt, the Ministry wishes to state emphatically that this is false and should be disregarded, the statement added.

It said the facts are that:

In attendance were officials from the Ministry, the Ghana Education Service (GES) and the National Inspectorate Board (NIB).

It must be noted that both meetings were held before the launch of the NDC manifesto on Monday, 7th September 2020.

In both instances, the discussions were around post-COVID-19 challenges in the education sector and the way forward, the reopening of schools, private schools and their livelihoods and the sustenance of their businesses.

The discussions between the Minister and the delegations were frank and healthy, and common ground was found on several issues.

Following this, a post was made on the Ministry’s Facebook page, from which it is verifinable that the meetings took place on the dates as stated earlier, and therefore could not possible have been held following the launch of the NDC launch.

To reiterate, the meeting was not to discuss the facilitation of extending Free SHS to private schools as it has been suggested on social media platforms, and the general public is hereby invited to completely disregard the opportunistic and desperate attempts to paid a contrary picture.

Government remains committed to ensuring the success of the Free SHS programme to improve both access and quality education for Ghanaian children, and will not be sidetracked from this objective.

Posted by Ministry of Education GH on Friday, 11 September 2020