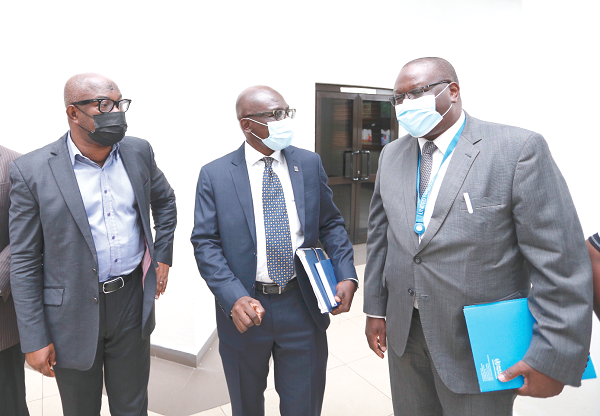 The World Health Organisation (WHO) and the University of Ghana (UG) are collaborating to develop a comprehensive national system to track the impact of health and economic policies on tackling air pollution in urban communities.

The system will help track how health policies are helping to minimise or prevent the impact of air pollution on human health.

The urban health policy tracking system forms part of a pilot project initiated by the WHO under its global Urban Health Initiative (UHI).

As part of the WHO-UG collaboration, the two partners are engaged in a two-day forum in Accra to present and discuss ongoing work on drafting the policy.

The WHO said that had become necessary because ambient and household air pollution had been identified as major causes of death globally.

The world body estimates that a reduction in air pollution levels will help reduce the burden of non-communicable diseases, such as stroke, heart diseases, lung cancer and chronic and acute respiratory diseases.

The UHI was initiated by the WHO in response to the UN World Health Assembly’s Resolution 68.8 of 2015, which requested the WHO to work with member states to build the capacities of the health and stakeholder sectors to identify effective interventions for reducing air pollution, along with gathering evidence on the impact of the phenomenon on the health of the population.

The pilot project in Accra is aimed at reducing deaths and diseases associated with air pollutants, as well as realise climate and other health benefits, such as less injury, better diets and safe physical activity, associated with and measures to tackle air pollution.

In his remarks at the opening of the forum yesterday, the Country Representative of the WHO, Dr Francis Kasolo, said socio-economic development could not be separated from the well-being of the environment and integrity of human health.

“That is why, for example, the SDGs were, in part, developed to ensure both human welfare and the long-term sustainability of planet earth. It is worth noting that a wide range of human and natural factors contribute to the reduction in air quality, and this problem is even more serious in developing countries, including Ghana,” he said.

“In this phase of the initiative, it is relevant to link all measures, analyses, investigations, scenarios and estimates of the impact of environmental and air pollution policies to public health improvement in terms of capacity monitoring and tracking the current development,” he said.

Dr Kasolo said it was encouraging that, currently, other cities in the country were ready to scale-up the activities of the UHI, not only to build a national, comprehensive and reliable air pollution strategy but also address the health and economic impact of policies to tackle air pollution and climate change holistically, building on the experience of Accra.

The Pro-Vice-Chancellor, Research, Innovation and Development, University of Ghana, Prof. Felix Ankomah Asante, said discussions at the meeting would inform the finalisation of the initiative and serve as a model for tracking urban policies impacting on health, with both conceptual and practical examples.

He lauded the fact that the forum had included discussions on concepts and critical environmental issues facing African cities, such as green spaces and outdoor play activities, noise pollution, as well as gender issues on air pollution that were often overlooked.