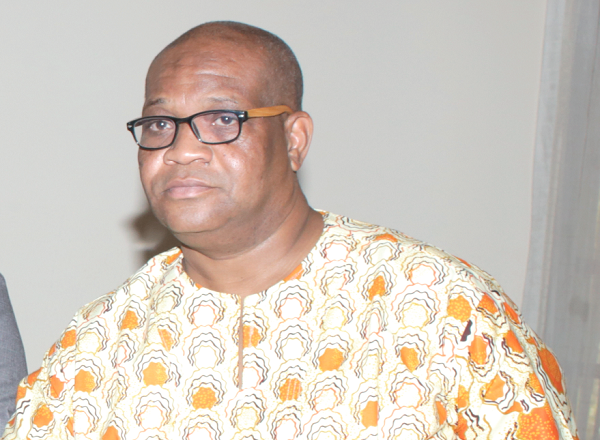 In its ruling, the NMC dismissed the complaint, describing it as one without merit.

This was contained in a press statement signed by the Deputy Executive Secretary of the NMC, Mr Alexander Bannerman, detailing the resolution of some complaints filed by three individuals against some media houses and journalists.

Bonaboto, in its complaint, had questioned the professional ethics of the journalist, accusing him of publishing false, malicious, defamatory, and unsubstantiated claims against the group.

The group accused Mr Adeti of allegedly writing false articles that the leader of Bonaboto had been arrested for allegedly possessing Indian hemp.

According to the group, as of the time the said articles were published, its leader had not been arrested for the said crime as reported by the journalist

The NMC, however, said it established that the leader of Bonaboto was once arrested and detained for alleged narcotic-related activities.

“The NMC had looked through all the statements and did not find any merit in the complaint directed against the journalist (Mr Edward Adeti),’ the statement added.

The other complaints were respectively filed by Mr Justice Morkporkpor Yao Amegashie, a former Chief Executive of DVLA against Peace FM; and the presenter of its flagship morning programme; Kokrokoo, Mr Kwami Sefa Kayi; and Chief Executive Officer of the Ghana National Petroleum Corporation (GNPC), Dr K. K Sarpong, against Despite Media Group, and the Editor of Peace FM, Mr Yaw Obeng Manu.

According to the press statement, Mr Amegashie filed the complaint against Mr Sefa Kayi and Peace FM, at the NMC on September 27, 2019.

The statement said the complainant accused the morning show host of stating on the programme on November 11, 2015 that he (Mr Amegashie) had made the DVLA his bona fide property because he was asked to proceed on leave in 2001, and later came back to the organisation as its CEO in 2009.

“According to the complaint, the comments, among others, made by Mr Sefa Kayi on Peace FM were unsavoury and outrageous since civil servants do not appoint themselves to positions.”

The complainant added that these statements made on the Kokrooko radio show by Mr Sefa Kayi were an attempt to attack the hard work, integrity, reputation of Mr Amegashie,” the statement said.

The statement added that the NMC directed the respondents to retract the story and apologise “giving the apology and retraction same prominence as the offending article on the Kokrooko programme and on the Peace FM website/online.”

With regard to the other complaint, the statement said Dr K. K. Sarpong, through his lawyers, argued that Peace FM deliberately refused to broadcast an apology published in the New Crusading Guide newspaper regarding a defamatory publication, although it had broadcast the defamatory statement.

The NMC, the statement said, upheld the complaint and ordered Peace FM to read the apology as published in the New Crusading Guide newspaper.

“Further the commission directs Peace FM to render by broadcast an unqualified apology to Dr K. K. Sarpong for their refusal to broadcast the named apology of the New Crusading Guide and publish same on their website,” the statement added.

The statement called on the media to be cautious in their work by being objective listening to the other side.

“The NMC hopes to use this avenue to call on and direct the Ghanaian media, including journalists, to be cautious at all times with any information put across to the public by always giving the other party a fair hearing and complying with the GJA code of ethics, The Ghana Independent Broadcasters Association codes, including the various NMC Guidelines,” the statement said.