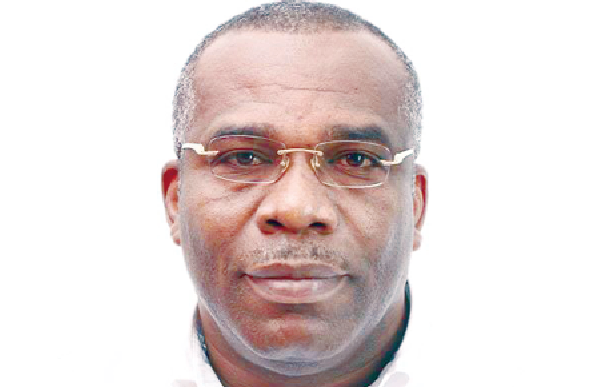 The Volta River Authority (VRA) and independent power producers (IPPs) have increased their power generation ability from the western power enclave alone to about 1,200 megawatts (MW), after extensive work on the plants.

The 1,200MW is almost double the capacity it was generating from the enclave about four years.

The VRA has, therefore, assured the nation of reliable power generation to meet the national peak demand projection of about 3,171MW, with the system generation of a little above 2,394MW as of yesterday.

The Director of Thermal Generation at the VRA, Mr Edward Ekow Obeng-Kenzo, gave an assurance in an interview with the Daily Graphic at Aboadze.

A visit to the Western Power Enclave by the Daily Graphic last Sunday to find out the readiness of the country’s power generation capabilities indicated that the VRA was well positioned to ensure dependable and sustainable power generation to meet national demands.

Mr Obeng-Kenzo said the teams at the enclave were on top of their job, saying: “We know what we have to do to make sure we give reliable power by making sure the machines are reliable when needed.”

While at the facility, the Daily Graphic observed that the management of the plant upheld a rigorous operation and maintenance culture which was increasing efficiency and effectiveness of the operations not to pose any challenge to power generation.

In general, the country’s energy generation, according to statistics from the Ghana Grid Company (GRIDCo), placed hydro at 31 per cent, thermal energy at 68 per cent and renewable energy at one per cent, with a national installed capacity of about 5,650MW.

Aboadze, after resolving issues with its steam turbines, generates 360MW from T1, about 350MW from TICO and 400MW from Karpowership, with the enclave inching towards 1,200-MW on the upside.

The resumption of other turbines of the Aboadze thermal plants, T1 and T2, together can generate more than 710MW.

The VRA, which has also taken over the operation of the AMERI plant, said the plants in the enclave could be scaled up to 1,500MW when T3 came on stream.

The AMERI plant, with 250MW, and T3, with the installed capacity of 132MW, are currently non-operational.

AMERI served as a strategic reserve at the time work was progressing on the T1 and T2, until it had to shut down for the government to take over.

The IPPs, put together, excluding AMERI and Karpowership, account for installed capacity of 2,780MW, out of which 2,558MW is available and dependable capacity to meet national demand.

Mr Obeng-Kenzo said the western/eastern enclaves had light crude oil (LC) in stock as back-up to run the generating units for more than 51 days in the west and enough diesel to run the plants in Tema for more than two weeks, should there be any challenge with gas supply from the country’s oil fields or Nigeria.

He said in December 2020, there were some few challenges at Aboadze, with TICO having some encounters with its steam turbine, which had now been taken care of.

“On the side of the VRA, from September 2019 up to September 2020, we did half-combined cycle throughout, without any challenges, and in December one of our units had a challenge which was resolved. By January this year, we had a full combined cycle in Aboadze,” he said.

At the enclave of the AMERI plant, which has currently reverted to the state, the Director of Thermal Generation said currently the team was carrying out a performance test to know the status of the plant, as per the agreement, to enable the government to take over fully.

“We are going to run it as and when needed, meaning that for now it is going to be a strategic plant, while discussions are ongoing as to how it will be utilised,” he said.

At the recent reading of the budget statement in Parliament, the government gave the hint that the AMERI plant would be relocated to Kumasi in the Ashanti Region to supply power to the middle and the northern parts of the country to help stabilise the national grid.

Mr Obeng-Kenzo said aside from that, soon, the T3 would come on board.

“We have some strategies being put in place to get it back, which means that we are going to move generation to about 1,500MW from the western enclave,” he said.

Asked if the authority had enough fuel and back-ups, the Director of Thermal Generation said: “For the Aboadze enclave, we have gas coming from Atuabo and Eni Sanzule to run the units.

“As a back-up plan, we have enough crude oil which can take us for 51 days in case the gas has a challenge. So in case there is no gas at all flowing to the west, we have crude as back-up.

“Aside from the west, plants in the east, Tema, we have enough diesel in stock which can run for 15 continuous days. Therefore, I can assure you that in case of problem with fuel supply in the west or east, we have enough crude or diesel to keep the plants running,” Mr Obeng-Kenzo said.

Under the National Electrification Scheme (NES), a total of 1,436 communities across the country have been connected to the national grid, which had increased the national electricity access rate to 85.17 per cent as of October 2020, hence the need to ensure sustained and reliable power generation.

In his first State of the Nation Address (SONA) to start his second term, President Nana Addo Dankwa Akufo-Addo declared his aspiration to increase the national access to 100 per cent by the end of his term of office.

Again, recently in Parliament, the Minister of Energy, Dr Matthew Opoku Prempeh, underscored the ministry’s commitment to ensure that the task of ensuring sustainable power was executed.