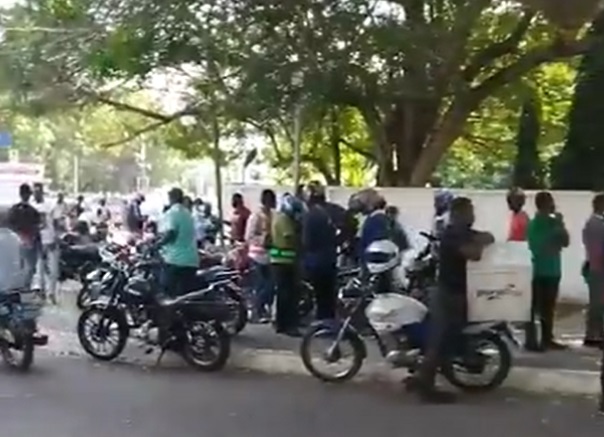 The Secretary of the Okada Riders (who are clad in NDC paraphernalia), Mr Fatau Dauda Bancey said the group were campaigning for the party around Circle when they heard the news.

He said they first rode to the NDC Party Headquarters but did not receive a suitable response before riding to Ridge.

A group of bikers clad in NDC paraphernalia have began gathering at a junction close to the residence of former President JJ Rawlings. They say they were on the campaign trail when they heard the news of his demise. pic.twitter.com/FIUQjC3gR0

According to him, they will remain around the premises until the family of the former President confirms the news.

The Secretary of the Okada Riders Association of Ghana, Fatau Dauda Bancey explains why a lot of Okada Riders are gathering outside the residence of former President JJ Rawlings. pic.twitter.com/gviBsrBU7V

Joining the riders in front of a house opposite the former President's house are hordes of pressmen who are sniffing for the latest updates.

Security at the entrance of the former President is very tight and entry is only granted to individuals and vehicles after they have been questioned by military personnel.