VIDEO: Cardinal Turkson downplays the significance of his resignation 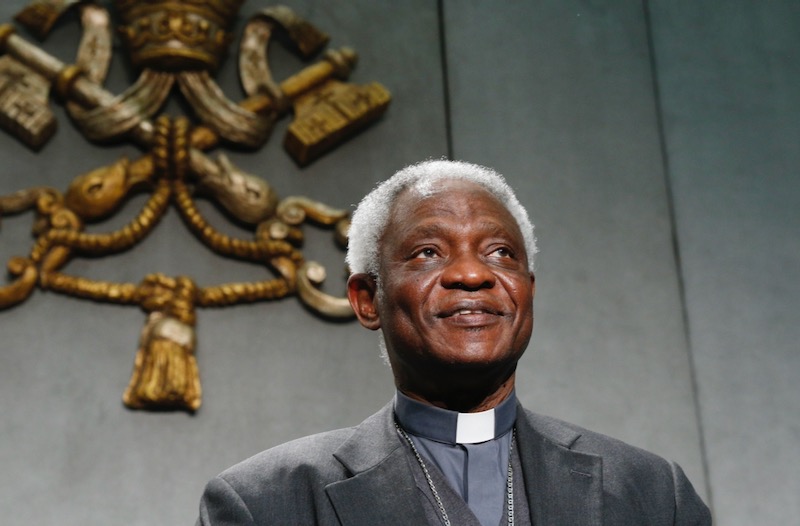 Cardinal Peter Appiah Turkson, seen by some as a candidate to become the first African Pope in about 1,500 years Follow @Graphicgh

Cardinal Peter Appiah Turkson has downplayed the significance of offering Pope Francis his resignation as the head of the Vatican Dicastery for Promoting Integral Human Development.

Presenting Pope Francis’ message for World Peace Day 2022 at a Vatican news conference on Tuesday (December 21, 2022), the 73-year-old told journalists that his five-year term is expiring and he is awaiting a decision on his future.

“All of us come here to serve and support the Holy Father in his ministry, and that’s what it is. So your question, then, probably is just that, whether I’ll be here next year. We just wait for the Holy Father to see what he wants us to do.”

Speaking at the press conference a day after a private audience with Pope Francis, Cardinal Turkson said: “Every created entity has to accept the working of history. So there was a time I wasn’t here and now I’m here, and there’ll be a time that I will not be here.”

“But it’s simply this. I suppose all of you journalists, especially accredited to the Holy See, know this very well, that all assignments, appointments, in the Holy See have five years’ limit, and when five years are up, then it’s just expected that we place our mandate back in the hands of the Holy Father and wait whether he confirms, reassigns, or prolongs the appointment.”

Cardinal Turkson served as the archbishop of Cape Coast, Ghana, before he was called to Rome in 2009 to be president of the Pontifical Council for Justice and Peace.

Rumours of his resignation emerged a few months after Pope Francis ordered an inspection of the dicastery that was followed by personnel changes.

Following the resignation of Guinean Cardinal Robert Sarah as prefect of the Congregation for Divine Worship in February, Cardinal Turkson is the only African leading a Vatican department.

“This is my 11th year and I’ve done this twice,” Cardinal Turkson told reporters, referring to serving two five-year terms at the Vatican.

“Five years expire and you just have to wait for renewal or reassignment, and that’s just what it is,” he said.

“So five years are up again. I became the head of this dicastery in 2016. This is 2021, five years. So we just have to follow the procedure … I await the Holy Father’s own disposition.”