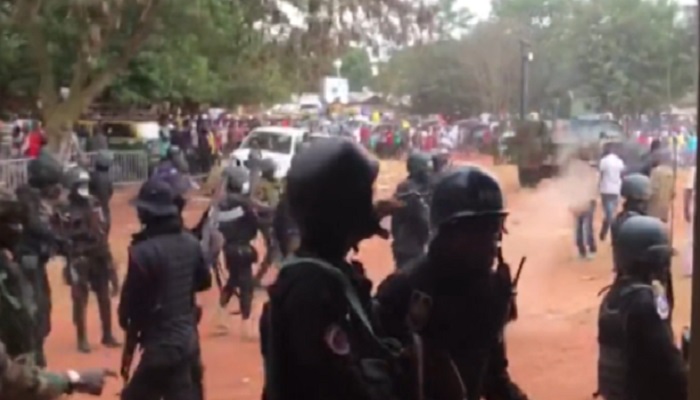 Six injured victims, and the father of an 18-year-old boy killed as a result of the violence that rocked Techiman South during the 2020 general elections have sued the government, seeking a total of GH¢25 million in compensation.

The five other victims who have joined Elliasu for the class action are Abubakari Iddrisu, Alhassan Nasiru, Aremeaw Alhassan, Alhassan Abdul-Rahman and Paul Asue.

The legal actions invoking the jurisdiction of the High Court to enforce the plaintiffs fundamental human rights are against the Attorney –General (A-G), and the Inspector General of Police.

Reliefs
All the plaintiffs are making a case that the death and injuries occurred as a result of gun shots fired by security officers deployed by the government.

They are therefore urging the court to make a declaration to the effect that the said killing and injuries were a violation of their fundamental human right to life as enshrined under Article 13(1) of the 1992 Constitution, Article 4 of the African Charter on Human and People’s Rights, and other international conventions to which Ghana is a signatory.

They further want the court to declare that the shooting incident violated their rights to human dignity and freedom from torture as stipulated by Article 15 of the 1992 Constitution, and other international conventions.

The plaintiffs want the court to order investigations into the shooting incident that occurred on December 8, 2020 at the Techiman South Collation centre, and also order the defendants to pay them compensation.

Violence
The Techiman South Parliamentary election was one of the keenly contested elections during the 2020 general election.

Pandemonium broke out at the collation centre over the results when the Electoral Commission (EC) declared that the New Patriotic Party’s (NPP’s) Martin Adjei Mensah Korsah had won against Mr Bayere of the National Democratic Congress (NDC). Both candidates had earlier declared themselves winners.

The violence led to the firing of shots, allegedly by security officials, leading to the death of two people.

The misunderstanding surrounding the election is not over, as there is currently an election petition at the High Court, filed by Mr Bayere challenging the status of Mr Korsah as the validly elected MP.

Death
In his affidavit in support of his motion, Ayarek averred that on December 8, 2020, his son followed the uncle to the collation centre to observe the collation of the votes, and the declaration of the winner.

“I was home when my daughter, the sister of Abdalla Ayarek, came home in tears and informed me that Abdallah Ayarek had been shot at the collation centre by the security personnel and had been taken to the Holy Family Hospital in Techiman.

“That I have had the opportunity to see video recordings of the incident and that it is also evident from those videos that the security personnel were shooting right into the defenseless and harmless crowd,” the affidavit stated.

Injures
With regard to the class action, 27-year-old Elliasu said he got shot on the same day by the security officers, leading to him suffering severe injuries to his forearm.

For Abdul-Rahman, 35, and Asue, 34, they said they got injured in the back of the head and left hip respectively.