The Upper East Regional Museum has been refurbished by the French Embassy in Ghana, to give it a facelift to deliver on its mandate of preserving and protecting the cultural heritage of the people in the region.

The renovation works included tiling of the floor of the gallery room, replacement of broken louvre blades and the provision of a flat-screen television set for the museum’s documentary room.

Other works were the painting of the interior of the museum, fixing of new ceiling fans and the construction of a new hands on session building, popularly known as a workshop, for patrons to have a feel of the artifacts and other archaeological items.

The state of the facility before its closure to the public for the commencement of the renovation was a great source of worry to the managers of the museum as it made it unattractive to patrons.

Therefore, the transformation of the museum is a huge sigh of relief to the staff and would provide a conducive environment for especially patrons who would throng the facility to learn about their cultural heritage.

The Upper East Regional Museum, which was established in 1972 and installed in its current location in 1991 by the Ghana National Commission on Culture, had seen no major rehabilitation since it was built.

The museum is currently situated behind the Regional Library and adjacent to the craft village.

The Daily Graphic earlier this year published that although rehabilitation of the regional museum had been completed as far back as November 9, 2021, the facility managers were waiting for the French Embassy, their benefactors, to officially reopen it to the public.

At a ceremony last Friday to officially open the facility, the French Ambassador to Ghana, Anne-Sophie Avé, said museums were important facilities that should be protected to preserve the culture of a group of people.

She said: “The embassy is committed towards the preservation of the cultural heritage of Ghanaians irrespective of their location, hence the revamping of the Upper East museum to meet the required standard.”

“Indeed, we are optimistic that the rehabilitation of the museum would encourage more residents to patronise the facility, to learn about their heritage and history so as to be well-informed,” she stated. 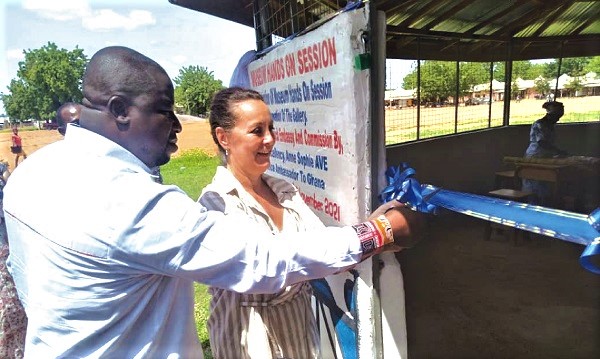 She said: “Museums are important monuments which must be preserved to serve its purpose as an important reference point in relation to people’s culture and heritage, to benefit future generations.”

She indicated that Ghana was endowed with precious natural resources and a cultural heritage, which should be well harnessed to enable the nation to reap its full benefits, saying: “I wish to urge Ghanaians to value their culture and always work towards safeguarding it.”

The Executive Director of the Ghana Museums and Monuments Board (GMMB), Kingsley Ofosu Ntiamoah, commended the French Embassy for improving the status of the museum, which had not seen any major renovation since its establishment.

“It is, therefore, important for Ghanaians and corporate bodies to make financial contributions to support the GMMB to maintain the various museums across the country to deliver on their mandate for the benefit of the nation,” he said.

He said “in other parts of the world, citizens voluntarily make personal pledges and contributions either monthly or quarterly, to support the development of museums since the government alone could not shoulder the financial burden of keeping it in good shape.”

Mr Ntiamoah disclosed that plans were underway by the Ministry of Tourism to establish museums across all the regions in the country, in a bid to safeguard and protect the cultural heritage of all groups of people.

He said: “For now our presence is in seven regions, namely Upper East, Upper West, Ashanti, Western, Central, Greater Accra and Volta regions,” adding, “currently, we are in the process of acquiring lands in the remaining regions to begin the construction of museums there”.

“The remaining regions without museums have interesting cultural heritage and monuments and it is important that they get their own museums so that tourists, children and the elderly could learn about their culture.”

Mr Ntiamoah said the government was committed to the promotion of the country’s museums and monuments, hence the recent reopening of the national museum, which was closed down some years ago to make way for renovation.

The Regional Head of the GMMB, Prisca Na’ambome Yenzie, in a welcome address, appealed for the construction of a modern gallery for the museum, since the current one was too small.

A former Pro-Vice-Chancellor of the University of Development Studies (UDS), Professor David Millar, who chaired the event, challenged the youth to learn more about their traditions and culture.