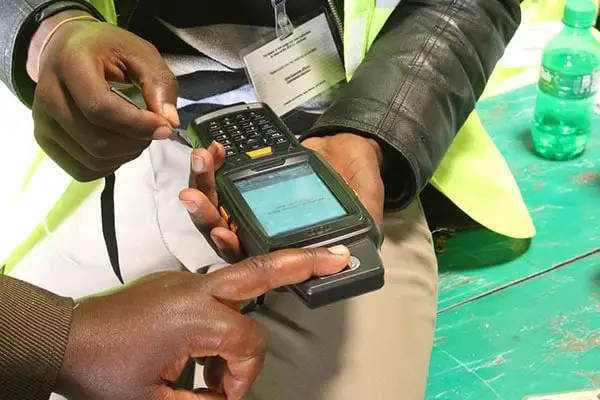 The long, winding queues and frustration on the faces of subscribers who call at the offices of mobile network operators (MNOs) or mobile telecommunications companies to register their SIM cards have seen an improvement, with subscribers spending comparatively less time at the service points.

Many subscribers continue to show up at the various offices of the MNOs, but unlike last week when the service was very slow, which kept people in the queues for long hours, the situation seemed to have improved as the new week began.

Yesterday, the Daily Graphic went round some service centres to follow up on developments there and observed that the number of officials of the MNOs at some centres had increased, while the queues moved steadily, with subscribers being attended to within 15 minutes.

This new development follows the decision by the MNOs to deploy more logistics, such as the smartphones used for the registration at the service centres, as well as use their distributors and agents to provide more service points.

People began showing up at the AirtelTigo Office, Osu; MTN offices at the Obetsebi-Lamptey Interchange, Dansoman and Madina, as well as Vodafone offices at Madina, Osu and the Achimota Mall as early as 6:30 a.m., and at exactly 8 a.m., officials of the MNOs had begun attending to them.

The situation was the same at Ashaiman, where subscribers began showing up early in a bid to be among the first to be served.

The number of officials undertaking the second phase of the exercise had increased at some points to four.

The Daily Graphic also observed that there were agents who went round the queues to find those who were yet to go through the first phase of linking their SIM card numbers to their Ghana cards, one of the situations that caused people to spend more time at the service points.

At the Achimota Mall, it was observed that many people had at least two SIM cards to register and so they joined two queues at the same time and kept shuttling between those queues to ensure they did not miss their turn.

It was a similar situation at Madina, where the MTN and the Vodafone service centres were close to each other.

That situation has thus caused the congregation of subscribers at the some service points.

A subscriber, Mr Fred Addo, said: “I came here not long ago. I want to see if I can register my SIM before I get to the office, but with a look at this long queue, I doubt I can. I think the MNOs should open more centres and have at least five operators here to register most of the customers; this will help reduce the long queues and get the work done faster.”

Some subscribers who spoke with the Daily Graphic called on the MNOs to keep their promise by setting up more service centres to reduce the length of the queues.

At the Ashaiman office of Vodafone, subscribers called for more service centres, as there was only one in the area.

“Today, the service is better and little time is being spent. The problem is, this office is the only service point for the whole of Ashaiman, so no matter what, the queue will be long, as everyone wants to get his or her card registered.

“The solution is to have more service centres to ease the pressure and make the registration process easier,’’ a subscriber said.

At all the centres visited, officials confirmed that they had begun using the updated version of the registration app.

An official of AirtelTigo at the Osu Mall, Mr Samuel Kyeremeh, explained that the registration process had been difficult due to the number of people who went to register and some challenges faced with the software being used.

He confirmed that they had begun using the updated version of the App and that had made the service more efficient.

“Today, we have started using an updated version of the app being used and as a result, the service is moving faster. At least, people are not spending long frustrating hours here as happened last week,” Mr Kyeremeh said.