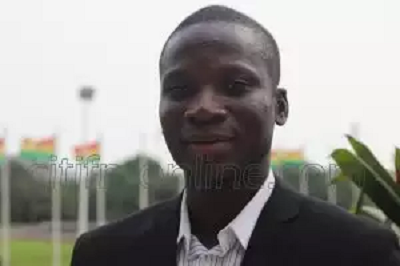 The Member of Parliament for Nkwanta-North Constituency, Mr John Oti Kwabena Bless, has urged traditional rulers in the area to partner the government and other stakeholders to develop their communities.

He made that call at Sibi, a community in the Nkwanta-North District, where he cut the sod for the construction of a maternity unit and a water project.

He was accompanied by personnel from the Social Investment Fund (SIF), a partner organisation, and officers from the Nkwanta-North District Assembly.

The event was also used to introduce the contractor from Bea Newt Company Limited, Ing Isaac Kojo Hutor, to the community.

The two projects formed part of a GH¢4.5-million package by the SIF in collaboration with the Assembly to invest in infrastructure in the area.

The projects, which are expected to be completed in nine months, would include the construction of classroom blocks, health facilities, nurses’ quarters, water projects and investment in sanitation.

He urged the chiefs to stay away from unnecessary partisan politics that could bring enmity between them and their subjects.

The District Chief Executive (DCE) of the area, Mr Martin Kudor, said it was important for traditional rulers and opinion leaders to collaborate with non-governmental organisations (NGOs) to open up their communities for development.

Mr Kudor urged the traditional authorities to support the district assembly to collect taxes and market tolls, saying that was the best way to expand its internally generated funds (IGF) base.

He also called on the chiefs to collaborate with the district assembly to maintain peace and security in the district through the putting up of structures in the communities to nip the activities of criminal elements in the bud.