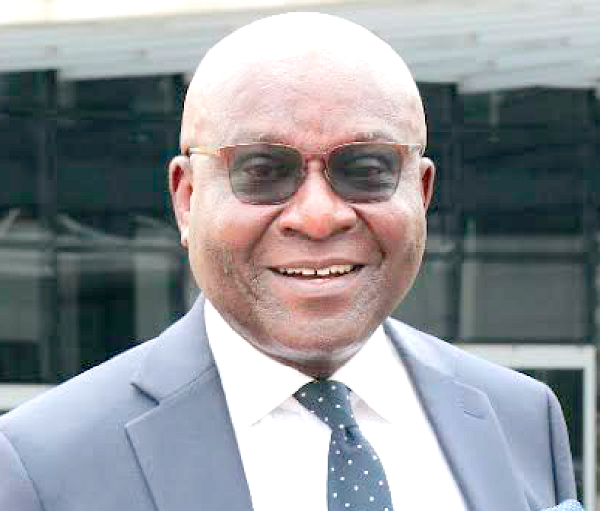 The University of Ghana Medical Centre (UGMC) has sponsored 30 doctors and 40 nurses to undertake specialised training within the country to boost services at the facility.

According to the Chief Executive Officer (CEO), Dr Darius Osei, it was the expectation of the centre that from next year, when they reported back as specialists in various fields such as oncology, dialysis, critical care, special areas in public health among others, the facility would fulfil the expectations of a quaternary centre.

A quaternary care represents the most advanced form of health care and may include complex surgery such as neurosurgery, cardiac surgery, plastic surgery and transplantation, as well as psychiatry, cancer care, intensive care, palliative care and many other complex medical and surgical interventions. Quaternary care may even involve experimental treatments and procedures.

The UGMC, which is a quaternary medical and research centre, has a staff strength of 809 made up of 147 doctors, with 47 being senior specialists and consultants, 480 nurses and other supporting staff.

In an interview with the CEO, Dr Osei said as a quaternary healthcare facility, the centre was now fully functional with the completion of the second phase of the project and had put in place the required specialists who would make the place functional.

The second phase entailed the setting up and operationalisation of the second biggest cardiothoracic centre in Ghana, a catheterisation laboratory (angiogram) to diagnose and treat heart conditions, Magnetic Resonance Imaging (MRI) and mammography services, fluoroscopy services, a molecular laboratory, dental services, the bioethics and palliative care department, among others.

The CEO said the completion of the second phase had also seen the operationalisation of the Medical Training and Simulation Centre which he said had modern equipment such as mannequins which were able to mimic humans for the training of students.

“In the past, most medical training were done on live human beings, but we are moving gradually where we have clinical simulators which can mimic health conditions,” he said.

He said so far, some private health training institutions had taken advantage of the facility and had started patronising it for the training of their students in the areas of patient simulation, simulated clinical environments, simulated virtual procedure and simulated standardised patients.

According to Dr Osei, the Medical and Scientific Research Centre of the UGMC was also currently functional with the engagement of five research fellows who would help ran the research site to the standard that was required.

He said since 2018, the facility had been employing systematically to get the required staff that was needed to make the place functional.

He said the hospital did not accede to public pressures to operationalise the place when it was opened partially in 2018 because it had a lot of things to put in place such as regulatory requirements to meet international standards, he explained.

The UGMC’s cardio centre has a 72-bed recovery ward, a six-bed Intensive Care Unit (ICU) and modern facilities, including a quantum light equipment which is used in monitoring patients during an open heart surgery and it is one of five in Africa.

Dr Osei said the UGMC, although a referral centre, had some facilities that operated as walk-ins, including the women and children’s unit, as well as the IVF facility.

He said since the UGMC had specialised consultants such as cardiologists, dialectologists and gastroenterologist among others, people with secondary conditions such as hypertension and diabetes could ask their primary doctors to refer them with their history and they would be managed by the specialists.

“We don’t have general practitioners sitting in our consulting rooms; we have specialists, so we expect the gatekeepers to be the primary hospitals around who will refer patients to us,” he added.

“There are a lot of areas where people can walk in to access care, but we will ask that if you have simple malaria, upper respiratory tract infection among others, then you must be seen by the general practitioner, but all these can go into complication and you can be referred to us because we have the ICUs and the things that can support complications, else we will be wasting the time of the specialist if he has to attend to malaria and other simple cases,” he advised.

“So we want the other facilities to take charge of these cases and only refer complicated issues to us,” he said.

The construction of the UGMC commenced in 2013 as a turnkey project, with the first phase inaugurated in January 2017.

The centre commenced partial operations in 2018, after which the second phase started in 2019 and was completed in December last year.